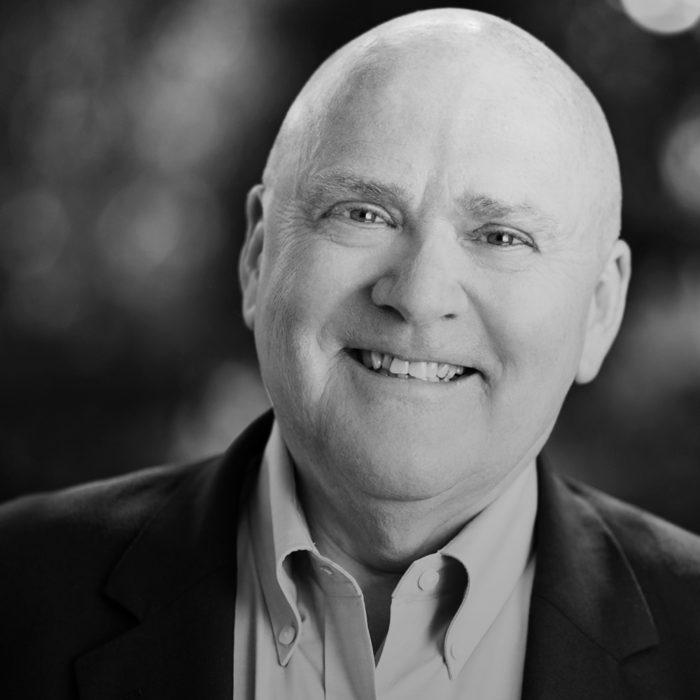 The Positive Impact of Being a Servant Leader

Garry Ridge is Chairman and CEO of WD-40 Company and has been with the company for almost 33 years. Having worked his way up through the managerial ranks to the top position, he knows what great company culture looks like, so much so, he not only practices what he preaches, he teaches it to the next generation of leaders too.

The benefits of being a servant leader with Garry Ridge

Imagine if all your employees loved coming into work at your company. Well, at WD-40 Company the CEO doesn’t have to imagine. With a 93% employee engagement rate, the company culture speaks volumes. And it is down to the hard work, belief and perseverance of one man – Garry Ridge, Chairman of the Board and CEO – and his team.

To understand what kind of man Garry is, when asked what the world needs most right now, he simply replied, ‘love’.

Garry is a firm believer in not just investing in your employees, but in setting them free to be the best they can be. Micromanagement isn’t a leadership technique that is scalable, and he knew that to make the company grow, he had to take care of his people.

“Back in 394 BC, Aristotle said, ‘pleasure in the job puts perfection in the work’. And I really believe that that’s something that we need to do to build an economic environment for our companies that firstly serves the people in the organisation. And if we take care of them, they will take care of our customers. So that’s where the journey began.”

Having been with the company for almost 33 years, working his way up through various managerial positions, Garry has learned a thing or two about what it takes to be a great leader.

Why be a servant leader

The purpose of business has slowly been evolving, so that, where possible, it’s not just about creating a bottom line. For some companies now, it’s about creating a community that people come to to work every day. A place where they come and make a contribution bigger than themselves. Where they learn something new, they feel safe, they’re set free by a set of compelling values and they go home happy.

“And our job is to send people home happy because, you know, today, business has a bigger opportunity than ever before to change the world. And how do we do that? By creating workplaces that actually are beneficial to people’s lives through helping them be better, be educated and treated with respect and dignity.”

And WD-40 Company has proven over the last 20 years that it’s better to serve, that it’s better to be a servant leader company. They’ve 4X their revenue. They’ve 10X their market cap, and they’ve taken their employee engagement to 93%, (the average is 33%). And 99% of their people globally say they love to tell others they work at WD-40 Company. But best of all, 96% of employees say they respect their coach, who is their boss, not like, but respect.

WD-40 Company has proven that if you focus on building a servant-led, highly engaged culture, you’ll get the results you’re after. But it won’t be easy and it won’t happen overnight.

Garry once said, ‘Our values grant us freedom so we can each make autonomous decisions yet still act as one.” This is only possible when you have a strong corporate culture and a strong employee engagement.

WD-40 Company has six values that are hierarchical, and written reminders of the only acceptable behaviour in the organisation. But they’re not there to restrict employees, they’re there to set them free.

“So, you know, we are very clear around what each of our values stand for. And we expect these values to be used and they are used as people make decisions and move through the organisation doing their daily work.”

The values that WD-40 Company have been the same for the last 20 or so years. Some companies have values of honesty and integrity. But Garry says these aren’t values, these are prerequisites to values.

The WD-40 Company number one value is they value doing the right thing.

“I don’t care what decade you live, value in doing the right thing, to us, still holds as number one value.”

The attributes of a bad CEO

Garry created an alter ego called the soul sucking CEO to demonstrate the attributes of a bad CEO – he’s pretty sure you’ll know this person:

This type of leader is the antithesis of what Garry has strived to be. His description of this type of leader is someone whose behaviours create a culture where people don’t enjoy what they’re doing, therefore, they’re not going to create their biggest work or the best work.

Compare the soul sucking CEO to the servant led CEO, and then decide which one you’d rather be:

Garry’s advice for leaders and companies

Following on from Garry’s alter ego bad CEO, his advice to leaders is thus:

“It’s not about you, it’s about the people that you have to lead. Leadership is not about being in charge. It’s about taking care of the people in your charge. Let go of your ego, become a servant leader, and really benefit from the joy that brings because our job is to help people step into the best version of their personal self.”

The most important thing for companies to focus on right now is building a place where people go to work every day, where they make a contribution to something bigger than themselves. Where they can learn something new. Where they’re protected and set free by a set of values. And at the end of the day they go home happy, because you’ve created a culture that helps every employee step into the best version of themselves they can be.

If the talk resonates with you, we’d recommend you listen to this episode too: Simon Sinek or Whitney Johnson