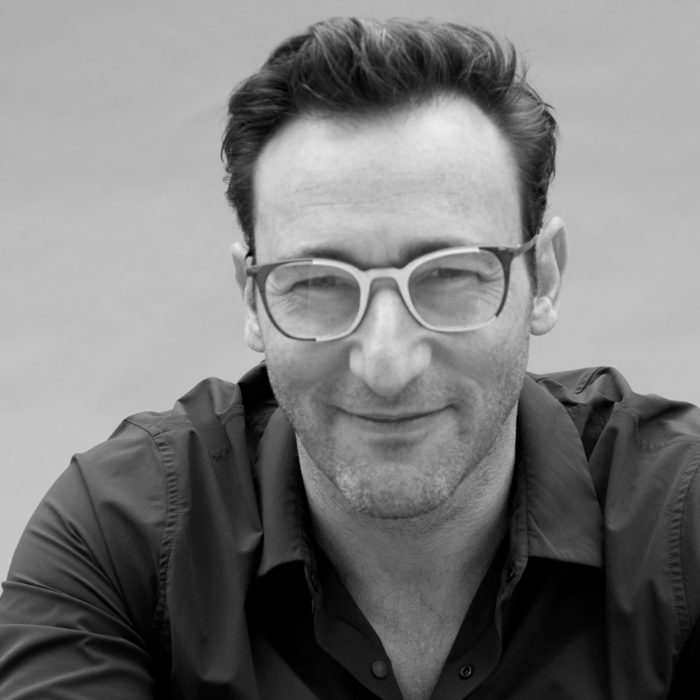 Imagine a world in which the vast majority of us wake up inspired, feel safe at work, and return home fulfilled at the end of the day. Simon Sinek and his team commit to finding and building the leaders who will work to make this vision a reality. Today Simon talks about playing the infinite game with a finite mindset, why companies have to believe in their purpose, how trust is essential to play in the infinite game, rivalry versus competition, the courage it takes to go against the status quo, and that the world needs love and connection the most right now.

Imagine a world in which the vast majority of us wake up inspired, feel safe at work, and return home fulfilled at the end of the day. Simon Sinek and his team commit to finding and building the leaders who will work to make this vision a reality.

Read Simon’s newest book, “The Infinite Game,” in which he explores the differences between finite and infinite games and how we can adopt the infinite mindset.

Playing the infinite game with a finite mindset

“We operate in a world, and we do many things, in which there is no finish line,” says Simon. There’s no such thing as winning in marriage, friendship, and definitely not in business, but many leaders and influencers talk about being number one, being the first, and beating the competition.

“So the problem is, if we’re playing with a finite mindset, we’re playing to win in a game in which there’s no such thing as winning,”

he says. As a result, there are predictable and consistent outcomes: decline of trust, decline of cooperation, and decline of innovation.

Simon believes that “too many of us are playing with a finite mindset in the infinite game of business.” We need to adjust our mindset for the game we’re actually playing.

That’s what Simon wants to help others to do, and his book covers the specific steps to achieve this.

“We have to have a just cause, trusting teams, a worthy rival, existential flexibility, and the courage to lead,”

says Simon. “If we can master those things, then we will have adopted the infinite mindset.”

For companies to have purpose, they first have to believe in that purpose

For a company to have a just cause and a purpose, the first criteria is to actually believe in that purpose. Too often, a company’s stated “purpose” is just marketing. It’s on the website because every company needs to have one, but it’s not actually used to make decisions.

If a company states a purpose and then never refers to this purpose for guidance, and instead continues making decisions based strictly on numbers, then this “purpose” is nothing more than appeasement and marketing.

Trust is essential to play in the infinite game

Another key to adopting the infinite mindset is that we must have trusting teams.

“In a trusting team, people admit mistakes, they ask for help, they point out gaps in their training, they ask to be made stronger, better, and grow,”

The opposite of a trusting team is a weak team, a team in which people come to work every day lying, hiding, and faking. Of course this kind of team doesn’t last long, and eventually cracks will begin to form and things will break.

Simon mentions that in order to adopt the infinite mindset we need a worthy rival—but what is a rival, exactly?

A competitor is someone in a game or competition that we aim to beat, but in an infinite game, we don’t have competitors. Instead, we have worthy rivals, other players that are better than us at what we do or hope to do, and their strengths reveal to us our own weaknesses.

Often when other companies and individuals do well, we get angry, which is proof that we see them as competition rather than worthy rivals. When we have an infinite mindset, we are grateful to the people who are better than us. Their strengths show us where we can work to improve.

It takes courage to go against the status quo

The common denominator all companies should work on is courage, according to Simon. It’s difficult, but so important.

“Going against the system—bucking the status quo, and maintaining an infinite mindset in a world that puts unbelievable pressure on us to focus on the short term and the finite—is really hard, and we cannot do it alone,” says Simon.

What it takes is a group of people to care about us and to be there when we start to doubt ourselves. We need to stand together, help each other and start the conversation that maybe there is a better way than the current system.

What the world needs most right now is love and connection

“We’re connected, but we’re not connecting.”

says Simon. The quality of human relationships is suffering. We’re lonely, and too many of us are in pain, and we need to help each other.

We have to take care of each other—our colleagues, our coworkers, the people whose faces and names we know, our real friends.

The way we’re going to start taking care of each other is by putting down the phone so that another person feels that we’re there and we’re listening.

Being present is an act of service, but it’s become a selfish endeavor. You’re present not when you say you are, but when others are able to recognize that you see them—when they feel heard and that you’re there for them.

If the talk resonates with you, we’d recommend you listen to this episode too: Seth Godin.