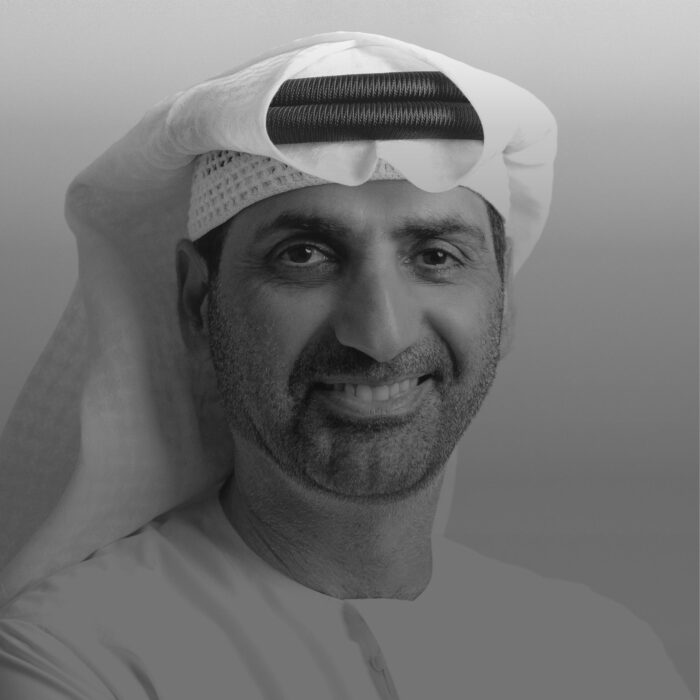 From Polluter to Protector with The Green Sheikh

Sheikh Abdul Aziz bin Ali Al Nuaimi is internationally well known as the Green Sheikh because of work to transform his nation from polluter to protector. As a member of one of the ruling royal families in the oil rich United Arab Emirates, his work as an environmental campaigner seems an unlikely vocation. So what made him abandon a career in the petroleum industry to pursue a vocation defending the environment and defending future generations?

Having abandoned a career in the petroleum industry to pursue a vocation defending the environment and defending future generations, Sheikh Abdul Aziz bin Ali Al Nuaimi affectionately known around the world as the Green Sheikh.

So what does it take to transform a nation from polluter to protector, and why, as a member of one of the ruling royal families in the oil rich United Arab Emirates, has he chosen the rather unlikely vocation as environmental campaigner?

The multifaceted passion of the Green Sheikh

Sheikh Abdul Aziz bin Ali Al Nuaimi, by his own admission, is a human being who loves the planet, who loves people and who loves nature. He has compassion for other people, for wildlife, for nature.

“I’m trying to use my own power to prevent and protect, as well as removing any harm to people, whatever their nation, whatever their background doesn’t matter, we all share this planet, one ceiling, and one floor.”

Earth, says Sheikh Abdul Aziz, has three parts. It has an E at the beginning for Environment, and H at the end for Human Beings, and ART in the middle.

What does he mean by this? Well, he firmly believes that earth is not ours, we are only stewards of our planet during our time here. He also believes we can’t fix the planet if we don’t fix ourselves first. If we want to bring about climate change, it has to start with behavioural change. And he sees himself as a catalyst to that change.

“My passion is to transform people, ordinary people to go to extraordinary levels through altruism.”

Sheikh Abdul Aziz has dedicated himself to altruism. To investing his knowledge, energy, money, connections and time into doing good, without seeking a return. By doing this, he hopes to inspire the next generation and so on.

“[My] passion [is] putting the last first. [I.e. those] who are less fortunate – widows, single mothers, people who really need us to help them, empower them and put them in front of us, to have dignity and freedom for life.”

Discovering his purpose – from polluter to protector

But what brought Sheikh Abdul Aziz onto his current path? Why would a member of an oil rich Arab Emirate abandon a career at an oil and gas company to advocate for environmental change?

Well, he realised that protecting the planet from pollution happened at the end of the pipeline, so to speak, and to bring about real change you need to be involved at the beginning of the pipeline, to prevent the pollution from happening in the first place.

And while he has influence and authority, he is only one man. So what is his vision for the future?

“10 years from now I want to see a Green Sheikh avatar in the digital world. I’m going to transform myself into the Internet in terms of intelligence and artificial intelligence. I have values and a vision, and I have a dream. And that is for at least 1 million young leaders who can learn from me and from others.”

How businesses can futureproof themselves

Unfortunately, he says, not enough people in his government are listening to his environmental advice. Maybe 10-15% of people have the environment on their agenda, the rest are too focused on profits.

Which is why he’s concentrating his efforts on educating the younger generations. One day they’ll be the CEOs, the leaders, they can exact change.

“I am sowing the values of sustainability now, [and maybe] 35 years from now, when people are going into top positions, they [will hopefully] remember this time. So I am going from bottom to top, not top to bottom.”

The thing is, says the Sheikh, you can’t use force to bring about change, you have to empower people to reap long term benefit. If you use force, you’ll only see short term gain.

“Lead by being an example. Show them don’t tell them, show them your behaviour, show them who you are, show them how genuine, honest, and integrity is very powerful. And this is what we need in the world. There are few leaders who are authentic and have integrity principles.”

Sheikh Abdul Aziz is currently working on a project, Climate Angel, for COP28. He’s preparing young people to participate in the forum, to give their opinion about climate change and the many challenges the world currently faces.

Climate Angels will be a platform to bring young people, young leaders together, the aim of which is to support the government and support other parties involved in climate change.

The biggest challenges the world is facing

“One of the challenges is corruption. Corruption – financially, politically, economically, socially, and environmentally, we all face it’s a global problem.”

But we can combat corruption, says the Sheikh, by educating our children about how to take care of ourselves while still leaving something behind that is better than before.

So how does he suggest we raise awareness? What is the most important thing for companies to focus on right now?

The power of harmony and human touch

Harmony brings people together, says the Sheikh. If you take religion, race and culture out of the equation, we all have a shared sense of being a human being.

“We all feel, we all hear, we all have the same senses. Let’s share them. We need to talk, we need to understand, we need to use compassion, we need to be kind and respect each other. I think this is the most important. We need human touch. High tech is okay. But human touch is so powerful.”

So what does the world need most right now?

Easy, says the Sheikh: compassion, respect and kindness.If the talk resonates with you, we’d recommend you listen to this episode too: Oren Lyons.