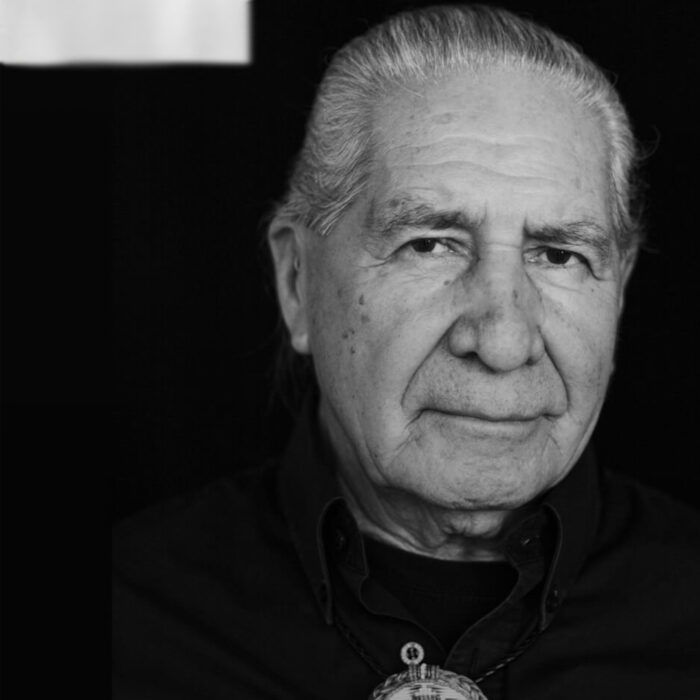 Wisdom From A Faithkeeper Of The Turtle Clan

Chief Oren Lyons is a Native American Faithkeeper of the Turtle Clan of the Seneca Nations of the Iroquois Confederacy, the Haudenosaunee Peoples. He’s a member Chief of the Onondaga Council of Chiefs and the Grand Council of the Iroquois Confederacy. He’s Professor Emeritus at University of Buffalo, New York and he has a doctorate law degree from Syracuse University.

What We Can Learn From The Wisdom Of A Faith Leader

Chief Oren Lyons is a Native American Faithkeeper of the Turtle Clan of the Seneca Nations of the Iroquois Confederacy. He says his wisdom has been passed down to him from his elders. He also has over 90 years of perspective to help him. Yet he still says, there is so much left to know.

“What I’m talking about now is not my wisdom, that comes from the Chiefs, that comes from our people. I’m a runner. I speak for them, because I went to university to learn the English language. And so I’m a spokesperson. But I’m a reflection of what our leaders think.”

Oren claims he’s just an ordinary guy who’s a spokesperson for his people, but let it be said, he’s downplaying his wisdom.

“The older I get, the more I understand, the less I know. It’s a process of awareness, of being aware, of learning and listening to your elders, who have experienced basically what we all go through.”

So what is wisdom?

Oren says wisdom is how you raise your family, how you process your system of living. For example, the Iroquois native people have always had an inclusive process for families – everyone attends meetings, even young children.

“We don’t exclude anyone from anywhere. Basically, we’re always inclusive and in that process, children learn to be respectful when people are talking, they’re quiet and they go off to the corner but they’re there and are listening.”

And you should never underestimate a child’s ability to listen. They’re like sponges, constantly absorbing and processing everything they hear. Unlike adults, who can selectively listen, children haven’t learned that skill yet.

“As adults you have made a decision whether you want to hear it or not. Well, children aren’t like that, children just hear everything. And they have an uncluttered mind.”

How can we stay anchored when we can’t trust the system around us? Who can we turn to? What is it that we should trust?

The problem, says Oren, comes down to language. When settlers first arrived in the Americas, native people assumed that the newcomers understood how they thought, yet today, over 500 years later, we’re still not connecting, we’re still speaking different languages.

“There’s over 500 different native languages in what they call North America now, what we call Turtle Island. There are all these languages. And they’re quite different. And that had to be developed over thousands of years of inhabitation of this planet. And now almost everybody is speaking English, English seems to be the common language. And in our prophecies, they said, ‘the time will come and everybody will be speaking in one language’. And it looks to be English.”

Everyone has heard of the International Red Cross, well this is a similar concept, but instead of focusing on saving humans, its focus is on saving the planet.

We are challenging the powers of the universe, not understanding how powerful they are.

Scientists at the United Nations have said we have 10 years of mistreating the planet until we reach the point of no return, where our activities as humans will drive us to a point from which there is no redemption, no way to save future populations.

And one of the biggest problems we are currently facing is overpopulation and failing to teach children how to look after the planet.

“We’re failing to teach the children because they’re coming so fast. You can’t teach them. And the problem is the expansion of the human population at the expense of all other populations.”

If we’re going to survive as a species, we have to pull together, we have to be inclusive. We can’t let greed corrupt us. Greed will be the destruction of our species if we let it.

“Everybody has to be included, and not as workers or not as labourers and stockholders. There’s a whole group of people who have all the money and many more people who have none. But the inequity that we face today comes from that process. So the question on the table then I would say today is, what are you going to do about it?”

Every meeting that Oren has attended has come down to four words – value change for survival.

“If you don’t change your values, you’re not going to survive. Period. End of discussion. So there you are. We’re at that value change for survival now. Can you deal with the greed that drives everything now?”

A Peacemaker taught Oren that their system is based on nature, that we are directly tied to nature and that there are two principles to adhere to: share and respect. Respect both yourself, your nation, other people and life, respect everything.

“The reality is the earth itself, the rules and laws of the universe. Nature is in charge and has always been in charge. And if you don’t recognise that, you’re going to become the failure.”

Most people on our planet are labouring under the illusion that we have boundless, unlimited resources, but that isn’t true. We need to raise awareness, but how?

The driving force behind almost everything we do is our human emotions.

“A Peacemaker said to our people, there are two, he said, there are two emotions that lie within each of us. Every human being has these emotions – one is greed, and the other is jealousy. He said, he warned us, those two can destroy your nation.”

It ain’t over ‘til it’s over

How can we get hope? By adopting the same philosophy as baseball player Yogi Berra – to accept that things aren’t over until they’re over.

If the talk resonates with you, we’d recommend you listen to this episode too: https://corporateunplugged.com/simon-sinek/