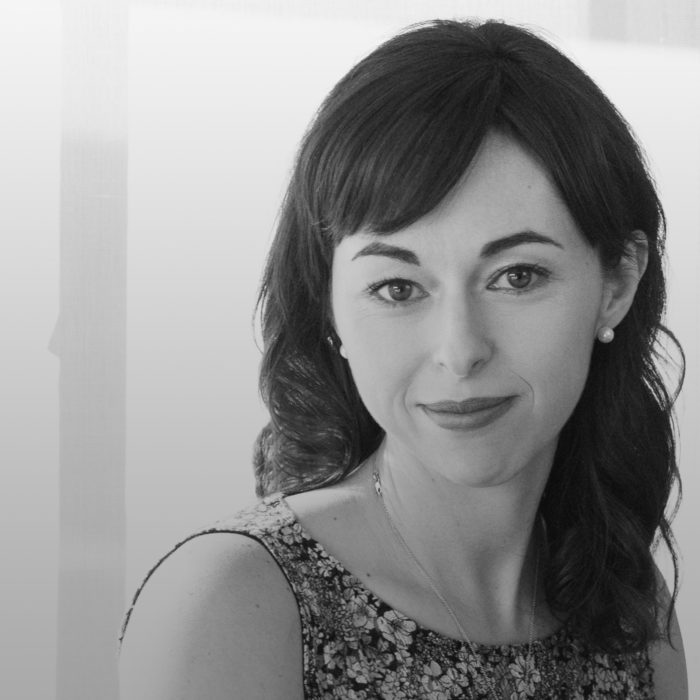 How To Overcome The ‘Not Enough Syndrome’

Tara Schuster is an author, playwright, and accomplished entertainment executive, currently serving as Vice President of Talent and Development at Comedy Central.

Why You Should Be More Gentle With Yourself with Tara Schuster

But she rejected this idea that you can only be one thing, and has carved out a successful career for herself as an author, playwright, and accomplished entertainment executive, currently serving as Vice President of Talent and Development at Comedy Central.

She’s just written her first book, Buy Yourself the F*cking Lilies, which lies at the intersection of self-help humour and memoir, in which she shares hard-won lessons in learning to love and care for yourself. And it has been incredibly well received because in it, she discusses issues that we all have a tendency to grapple with, and that is we are all so very hard on ourselves.

She didn’t write the book with anyone particularly in mind, although the language may speak more to the Millennial generation. But that hasn’t stopped A-listers such as Angelica Huston from giving it a rave review.

“I would say this book is for anyone. I certainly didn’t write it with millennials in mind. I’ve had older readers say to me, ‘it’s funny, I know this book wasn’t meant for me, but I loved it and I took away so much and I felt like I had a friend’, and also men say that to me a lot. They say, ‘I know I’m not the target audience for this, but I loved it and I felt less alone and I have some practical things to take into my life’.”

Because it turns out it’s not just the younger generations who are seeking a little help. Anyone, any age, any gender can benefit from a little help, guidance and a friend who can give them practical advice on what real self care means.

“And that’s really what the book is about. About taking our lives seriously, and finding the habits and rituals that actually take care of ourselves.”

The thing Tara believes underlies the whole book is the ability to become self-aware. She says she grew up with parents who lacked any self-awareness, and she didn’t want that for herself.

And she found a way to build self-awareness through journaling, a skill she learned from creativity thought leader Julia Cameron’s book The Artist’s Way. In it she describes a practice called ‘The Morning Pages’, where you freehand three pages of whatever is playing on your mind first thing in the morning when you wake up, before you interact with anyone.

“They really get you in touch with what you think, what you believe, what narratives you’re telling yourself. And I think very often we get caught in our heads. We get lost in thought, you can go down all kinds of rabbit holes, but in writing, you have to be present.”

For Tara, self awareness is the base for everything. It can help us become the people we want to be. It can enable us to be more authentic to who we actually are.

“Self awareness is a gateway to so many excellent things that you can sort of change about yourself or at least be aware of.”

Learning to separate the belief from the truth

So many of us operate with extremely self-limiting beliefs, with the soundtrack in our brain telling us how bad we are.

“I think we are very good at being mean to ourselves and treating ourselves with such little care. I mean shocking because we’ll treat a guest 10 times better than we’ll treat ourselves.”

But through journaling, through writing down these negative thoughts, these self-insults, you can separate the belief from the truth.

In fact, says Tara, the whole world would be a much better, much nicer place if people took care of themselves, if they took themselves seriously. They wouldn’t have a need to lash out at others. The reason people are mean to others is because they aren’t happy in themselves.

“I’ve never met a person who was fundamentally content and peaceful with who they were, who were also a jerk to everybody else. And so if we had people who were more content, who were not mean to themselves, they wouldn’t have a reason to be cruel to others. And that’s why self care is important, because we’re all worth taking care of ourselves. But it’s also important because that’s what builds our communities.”

“I am so passionate about this idea that we need to unlearn that we are worthless, because there is a pandemic of worthlessness. And really negative self talk and low, low self esteem. And you know, no wonder anxiety, depression and suicide are at catastrophic levels in the United States. People are really unhappy inside and they don’t have the tools to take care of themselves. They don’t have the tools to be gentle with themselves.”

One of the reasons for this self-cruelty, these feelings of worthlessness is that we have become conditioned to live in a culture of productivity, at the expense of everything else. We have real FOMO.

“We’ve lost track of the idea that not every experience has to be exceptional. Not every product you put out there has to hit it out of the park, because you learn from those failures, from the experiences where things didn’t go just as you planned. That’s where you get your strength.”

If we can step out from the belief that what others think of us is who we are, that instead self worth and self-awareness come from within, we can start to be much kinder to ourselves, and each other.

“In our relentless pursuit for external validation, we’ve lost sight with the fact that validation actually comes from within always, and I think that actually applies to business and products.”

Anyone can be a leader

Because it isn’t just people who are active participants in a culture, businesses are too, and with this participation comes responsibility. It’s important that leaders acknowledge this responsibility they have, and anyone can be a leader.

“A leader is somebody who’s able to show us what’s possible and reminds us that even if we’re not the leader, we can show up with those characteristics. In the United States, they often say, ‘lead from the middle’, you know, people who are not in the C-suite can become leaders, they can model some of those behaviours.”

People need to be authentic, they need to have a vision now more than ever. They need to step up to the plate and realise that we’re moving towards a more community-oriented model of growth.

In fact, what the world needs now, more than ever, is not more money, it’s more caring and connection. If this current pandemic has shown us anything it’s how connected we all are, regardless of what country we are in.

If the talk resonates with you, we’d recommend you listen to this episode too: Anurag Gupta