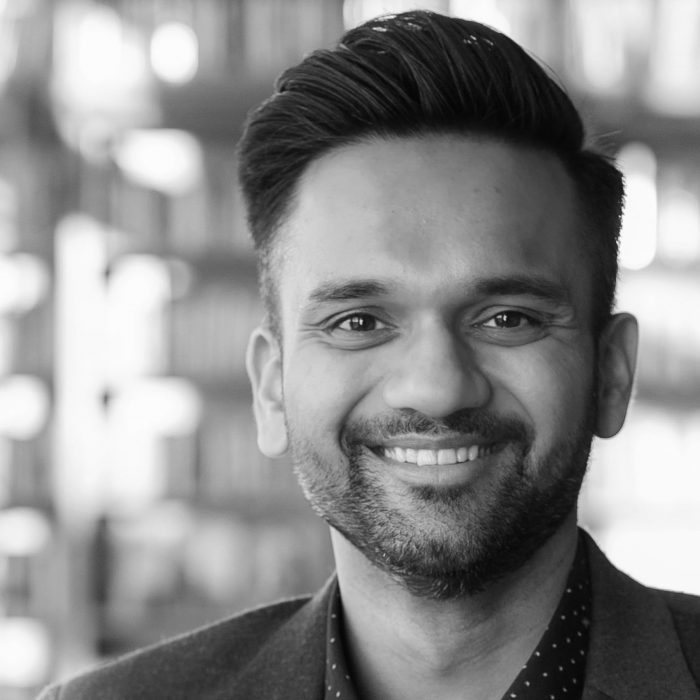 Anurag Gupta is a lawyer-turned-social entrepreneur who made it his mission to figure out a way to hack bias. He is also a public speaker, a mindfulness teacher, and an educator. He founded Be More America in order to train professionals to eliminate conscious and unconscious biases. Today he talks about measuring and hacking bias using the PRISM framework, how compassion is the essence of us as human beings, increasing well-being by dealing with the emotions that form biases, remembering to love yourself, and healing the epidemic of loneliness and loss of connection in the modern world by getting out of our minds and going back to our bodies. For full show notes, scroll down.

Anurag has been a nomad fascinated by people and cultures his whole life. He initially went to college thinking about becoming a doctor or a scientist. He saw that scientists were saying that there is no fundamental difference between human beings, that we are all part of the same species: Homo sapiens. Yet the idea of bias was always around.

He really wanted to transform that and decided to take matters into his own hands, by creating Be More America. His mission? To help create more peace, more equity, and more happiness in the world.

Bias is an algorithm of the mind that can be hacked. It’s just the way the mind has been conditioned and wired. Through neuroplasticity, we now have the ability to rewire our brains.

Scientists have discovered ways to measure bias, and after measuring it, to reduce it. What happens when we reduce bias? People build more empathy, more compassion, and the divisions between us become smaller.

An innovative framework for rewiring your brain

It has been scientifically proven that it takes about eight weeks to adopt a new habit. Anurag and his team at Be More America took this concept and brought it to the realm of bias, creating a program that helps reduce it by rewiring the brain during eight weeks of daily practice.

They’ve called this innovative framework PRISM and you only need to invest between 5 and 10 minutes daily in this emotional hygiene program. Each of the letters in PRISM stands for a strategy:

Anurag’s goal with Be More America is to undo the harm caused by bias, and to resurface the compassion that is our essence as human beings.

Addressing bias as a solution for companies, education systems, and our mental wellbeing

Nowadays corporate entities have more power than individuals. That’s the reasons why Anurag decided to trigger corporations. He challenges managers to use this program because they are the ones who really dictate the culture of the company. A successful business should be run by people who aim for a cohesive culture with a shared understanding of shared values.

He also hopes that this framework will slowly begin to influence the education system as well. Education systems are quite political, because they are run by adults. Anurag’s strategy is to shift the perceptions of adults, which then help shift policies and norms. When adults become aware of the benefits, they will of course have a natural tendency to pass this on to children.

Addressing biases improves our wellbeing because all the emotions that form our biases (fear, shame, hatred) are also addressed. By consciously making an effort to reduce our bias, we will feel less stressed, less anxious, more fulfilled, and more connected. At the end of the day, we are all social animals, and bias just stands in the way.

A world without bias in Anurag’s opinion would be a free world, a place where artists go, like an empty canvas that’s inviting you to build a story. If we become free from bias, we would experience a lot more joy, and we would have more causes for celebration.

If he would give an advice to leaders, he would remind them of the importance of vulnerability and openness. He would also challenge them to ask themselves “What is preventing me to create a team that represents my values?” Another key aspect for him has to do with mentors. If you want to help other people, mentor also people who are different than yourself: for example people who come from a different religious background, or women, and really focus on building a strong mentor-student relationship.

Anurag stopped watching the news, because he only saw division. There is so much more going on in the world: people are being resilient, they are innovating.

He hopes that people will understand that they have to love themselves more. The modern world has its advantages, but it also brings an epidemics of loneliness and loss of connection to a community, or to the land. We’re so stuck in our heads, it’s important to go back to our bodies and start building relationships that grow into communities.