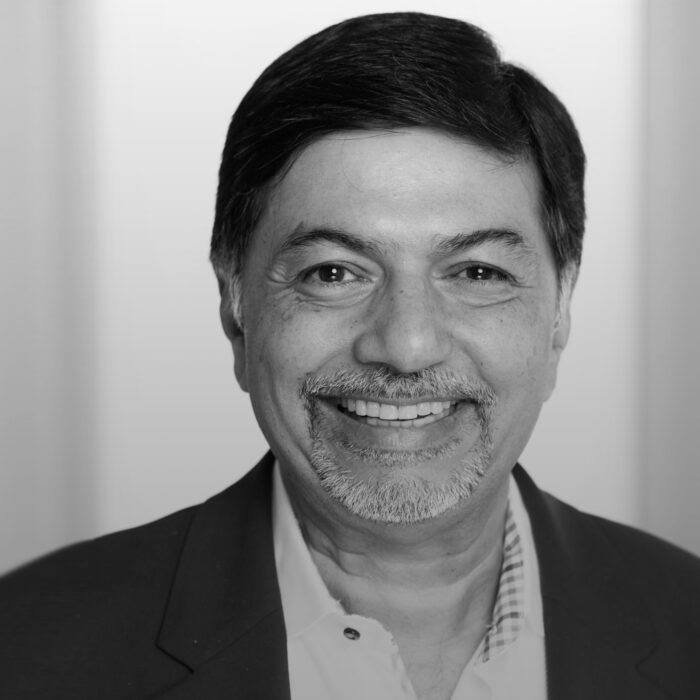 The Value of Conscious Capitalism

The Value of Conscious Capitalism with Raj Sisodia

Raj isn’t alone in his dedication to make the world of business a better place, there are so many companies out there also fueled by this passion and purpose. And they’re outperforming the competition. They’re helping all stakeholders thrive and they’re resilient in downturns, there really is no trade off.

But these companies still aren’t the norm, in fact, they’re incredibly rare. So why aren’t there more companies with conscious capitalism at their core?

“Well, you know, it’s like saying, why don’t we have more wise, thoughtful, happy, impactful, purposeful people? It’s a matter of awareness and education, and what you’ve been taught.”

For too long, universities have taught a distorted, narrow, uninspiring view of business. One that puts profits and shareholders above customers, employees, suppliers and the planet. But Raj is finding that just doesn’t work in this new world. It’s negatively impacting people’s health and the wellbeing of our planet.

“When everybody is saying, ‘What can I get out of this?’ ‘How can I get the lowest price?’ everybody becomes a taker. So we create a way of being in business where everybody is part of a shared vision with common values, and they’re all part of doing something wonderful together.”

Viktor Frankl wrote that human beings pursue happiness, because they want to be happy, but happiness cannot be pursued, happiness ensues, it is the outcome of living a life of meaning and purpose.

“It comes from finding meaning in our suffering, we do not control what happens to us. But we do have the ability to control how we respond to what happens.”

The same parallels can be drawn with business – profits cannot be chased because you want them, lasting profits are the outcome of doing work imbued with meaning and purpose.

The biggest challenges we face

“There are two big challenges in the world that we face today. One is climate change, and all the associated environmental issues that go with that. And the other is social inequality.”

And, says Raj, unless businesses address both of these challenges, we are heading down a path of destruction, either with climate change, or social inequality. Or both.

The thing is, businesses don’t need to choose between doing good and making profits, both of these things go together, they have to, says Raj, we need money, we need financial wealth, free societies don’t function without corporate profits.

A great example of a company doing work based on what society needs is Tata, a company founded over 140 years ago, based on the principles of conscious capitalism.

“They didn’t use the same language or the same words, but they had a higher purpose from day one. The question they always asked was, what does India need?”

In fact, Raj found, while researching his book Firms of Endearment, companies that were loved by all their stakeholders, but didn’t prioritise finances – they paid their people more, their suppliers more, they invested in their communities, in the environment, didn’t make as much money, outperformed the market by 9 to 1, over a 10 year period.

So what KPIs should a company measure to reflect their ability to support all life in this way?

You have to look at each stakeholder individually, says Raj, recommending his acronym – SPICEE – society, partners, investors, customers, employees, environment. You have to look at what matters most to each of those, and then measure and track to make sure you’re delivering deep value to them all.

If you look through history, every societal institution for a millennia has been run by men with a very limited set of masculine values. Not that masculine values are unhealthy, both feminine and masculine have healthy and unhealthy aspects. You need to create a balance to achieve results.

“Healthy aspects of masculine energy are strength, courage, discipline, order, structure. Those are the kinds of positive masculine energies. But if you don’t have any feminine influence, then that becomes domination, aggression, hyper competition, winning at all costs.”

And it’s this toxic masculine energy that has dominated in the world for so long, it was hardwired into our democracy and into capitalism. But what’s happening now is a turning point.

“Some people are calling it Sofia’s century, Sophia being the Greek goddess. That after millennia in which we’ve had the domination of man, masculine energy and men, that in this century, we’re starting to see the rise of women.”

“Then they correlated the two data and what they found was that the traits of good leadership today are overwhelmingly feminine traits: compassion, empathy, patience, inclusiveness, nurturing, etc.”

We have to be careful not to go too much to the other extreme, we don’t want to get bipolar as it becomes just as unhealthy to swing too far in the feminine direction.

“If you only have masculine in the absence of the feminine, the world becomes aggressive and domineering, if we only have feminine energy that can become smothering, controlling, needy, and dependent.”

“What we need is for all leaders, men or women to become whole human beings, who are equally connected to their masculine energy and their feminine energy.”

As Carl Jung said, every man has an inner woman and vice versa. Martin Luther King said we must be tough minded and tender hearted at the same time. That’s what makes the ideal leader.

“My purpose, as I defined it now, is to bring heart, healing and soul to the world of business and leadership. So that we can build a better world for all.”

“Conscious Capitalism brings in, I believe, all the dimensions from sustainability to the well being of people, to the impact on the planet, to other living beings, etc.”

What one piece of advice would Raj give leaders?

“Better leaders make for a better world. Bad leaders can destroy what might have taken decades or even centuries to create. And so having the right people with the right mindset in leadership is very important.”

Finally, we have to remember that we are all in the same boat when it comes to this planet. It’s one system and humanity is one spirit.

“We have to start acting like we are interconnected and interdependent, our fates are intertwined. And unless we come together to address these global challenges, we don’t have a future.”

If the talk resonates with you, we’d recommend you listen to this episode too: Wisdom From A Faithkeeper Of The Turtle Clan Oren Lyons E 109