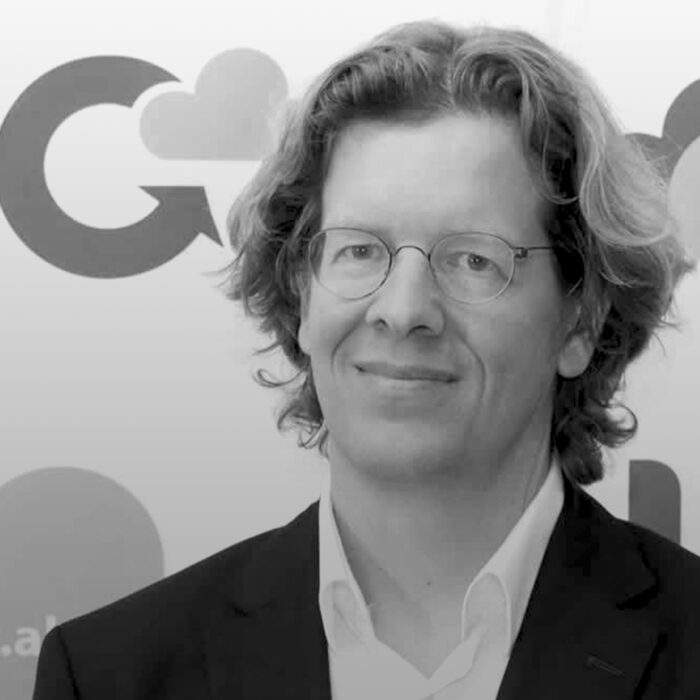 Kristof De Spiegeleer is a humanist and serial entrepreneur. And for the past few years, he’s been laying the foundation for a decentralised internet, building the next generation of IT infrastructure, and leveraging the power of blockchain.

Kristof De Spiegeleer is a passionate social entrepreneur who believes that respect and transparency is the basis for solid business. He believes that doing good for the world and providing return for investors can co-exist.

He’s put his money where his mouth is in his quest to find better balance in his life by founding ThreeFold, a decentralised, peer to peer autonomous cloud system inspired by nature and up to 10X more efficient and secure than the current internet.

By building the next generation internet, one that can host all of humanity’s digital needs and data in smart contracts, Kristof hopes to create a fair, equal and private internet experience to free humanity from the tech giants who are out to exploit our data.

Back in the early days of the internet, it was a big, beautiful thing that connected people all over the world. It was free, people didn’t think about security, there were no firewalls.

“It was almost like this hippie movement to a new global network and something small was becoming big, very quickly. And it was a beautiful start.”

But then it overtook us. And it’s become something very different. It’s a place where most people don’t trust one another, where our data is exploited and we’re consuming so many resources from our fragile planet, just to make this internet function.

“And my passion is to try and do something about that, not just the technical elements, but also, how can we communicate and collaborate in different ways not having to be afraid of each other, but more like the beginning of the internet?”

The imbalance of the internet

“I look at the internet as almost like reading and writing 50 years ago, right? If you couldn’t read or write, obviously, you have a handicap. And that’s the same thing today on the internet.”

We need a new internet, says Kristof, one that doesn’t charge the world’s poorest people a quarter of their monthly income to access something that is less than basic.

“We need a new internet where everyone is more equal and which goes to many more people in the world actually. So they can have an economic purpose. They can study, they can grow themselves to this new medium.”

“ThreeFold is really about how can we build a new internet? Which sounds very vague, right? What is a new internet? Most people barely even know how the existing internet functions.”

ThreeFold is about turning the internet on its head.

Every time we use an application, says Kristof, we are a product of a big company, what if we can turn that around? What if we ourselves can become the applications, where everything is centred around us as a person, where we have control of our data – we become a part of the internet.

“By turning the internet upside down where we become the centre of our digital life, there are some huge benefits.”

We would use a lot less energy, says Kristof, up to 100 times less each day. We would communicate directly with one another, negating the need for behemoth middle men. We could go directly to where we wanted to go without having to travel over centralised services. The internet itself would become faster. We would own our own data, life would be so much simpler, because we ourselves would be the application. We wouldn’t use applications, we would be it.

But, says Kristof, they can’t do it alone. They need help.

Become a farmer of internet capacity

Just like you would buy solar panels and generate electricity and feed it back to the grid, you buy a box from ThreeFold and produce capacity for the people around you. It really is that easy to become a part of this new internet.

So why ThreeFold, why now?

“15 years ago I just exited from a company and found myself in this interesting position where I thought, okay, we can do everything we have ever dreamt about. But still I was feeling rather empty. It was like, what will we do? Will we create another company? Where will we go?”

He saw two paths starting to occur, one where people don’t trust each other any more, and where the majority of our efforts go toward being efficient.

Trying to be as efficient as possible has created an imbalance between efficiency and resilience.

And we believe this is normal. And that’s what he realised he had to do. To bring resilience back, to create the right balance between resilience and efficiency.

“And in that way, rather than only competing with each other, it’s much more about building an organism which becomes bigger, but based on trust.”

People say we’re at a place now where we’re starting with zero trust, and that, says Kristof, is a horrible place to be.

“If people start from zero trust, they have nothing to lose, then they can hack, they can try to play tricks, they can lie, because they’re not zero anything, right? They’re zero no matter what.”

What we need, says Kristof, is to care about one another, to have compassion, to create trust.

“If we would be compassionate to each other, but also to ourselves, right, not just to each other, then automatically things become so much more easy, because you start from having respect for who the other person is, or the other companies.”

If we want a sustainable world, says Kristof, we need to believe in this peer to peer movement, rather than the command and control one we have currently.

“If you want a more sustainable world, we need to go to a more peer to peer model based on trust and compassion and respect. And that I believe is super important. And yes, you can. That needs to happen on the internet, that needs to happen in the way we communicate to each other, how we do business, how we exchange value.”

Kristof’s one piece of advice for people is to do less with the mind, but more with the heart. Get out of your mind and make more room for feeling with your heart. Use your heart as a sensor for what you should do. The mind makes you feel scared, but by listening to your heart, you can feel happiness, or sadness, it’s a great way to guide you toward what you need to do.

For companies, they need to cater toward a new type of customer. Toward finding the customers that support them in their work, rather than trying to change themselves to please the customers who want more for less.

“Together, we can build something bigger. So it’s all about caring for a future where respect and love and collaboration is the first thing and not just you’re trying to maximise profit basically.”

If the talk resonates with you, we’d recommend you listen to this episode too: https://corporateunplugged.com/simon-sinek/