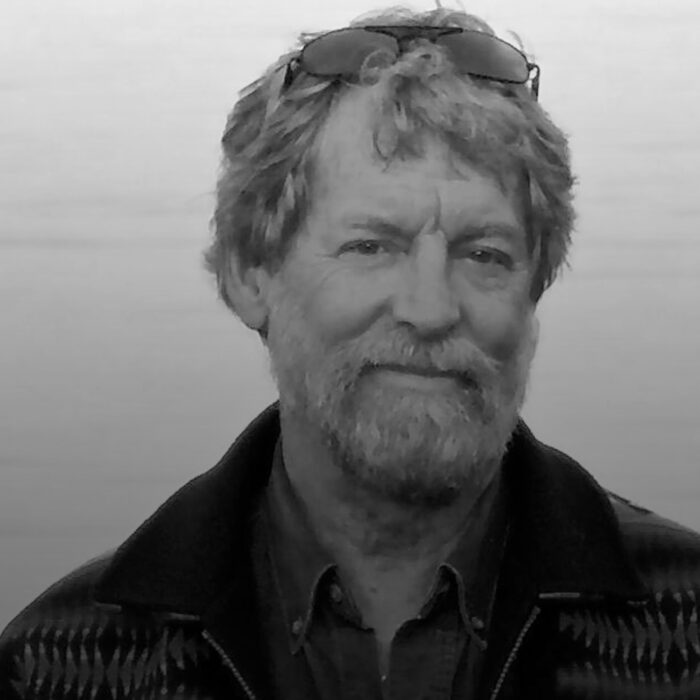 How to Come Back into Balance with Nature

John P. Milton is an explorer and a true pioneer. He is a professor of environmental studies and has written books on ecology and environmental conservation. In the mid-1960s, he played a key role in fostering the environmental movement. He also helped author one of the earliest publications on the threat of rising global carbon dioxide levels.

John P. Milton, CEO and founder of Way of Nature, has a unique capacity to help people have an encounter with nature that catalyses their deepest sense of purpose, and their innate capacities as leaders.

John has a lifelong passion to help people connect to nature, and to experience nature as an extension of one’s family:

“As I grew up, I began to realise that people were very disconnected from nature, and in many ways from a deeper level of themselves. So I began to go out and spend time alone in nature, and did a version of the Native American Vision Quest at age seven.”

That time alone in nature set him on the path for his own life’s work – he’s committed himself to helping bring the human species back into a deep connection with nature.

A pioneer for the environment

John is a true pioneer for environmental causes – he even coined the term ‘environment’ as a work to describe the natural system part of culture. At the time (in the 1960s), when you spoke about nature, it was from a position of what you could take away from the earth by way of mining and minerals. People had a taker based mentality. There was no sense of being a partner with nature.

“The issue on the table is how do we shift our culture from a taker type of mentality – take take take, how do we come into nature as a full fledged family member of a natural system both global and regional?”

The Way of Nature

Creativity is key for company growth. One of the ways in which John has been working with business leaders is by putting them through a process, The Way of Nature, where they tap into a much deeper level of pure creativity, out of which will arise answers and new initiatives.

“I take them into nature and I give them a very simple training, which is based upon many of the great traditions of the planet that have helped many cultures go deep into connection with themselves, their own true nature, with all the aspects of their personality and their being, and then at the same time gives them a chance to connect to our nature in a really new way, in a fresh way, I give them a chance to be in solitude for up to a week at a time.”

The biggest fear he’s found that people have about being in nature for such an extended period of time is being alone without support of their digital devices.

But John helps them move beyond their fear and gives them a set of practices and principles they can work with, which they take into their time of solitude.

Business is always the first to suffer when society does not function, but right now there is a huge crisis of moral leadership, where people have put their own interests ahead of the common good.

That, says John, is in part due to a lack of classical rites of passage that used to happen during our teenage years.

“If you ever wonder how is it that most indigenous peoples, for example, in North America, their cultures are intimately balanced, the ethics, the morality, and the goals of the individuals that are part of those cultures are ones that bring that culture into balance and harmony with all of life? How come?”

They don’t have the greedy taker type mentality that you find in modern society, says John, because they live so much closer to nature, allowing them to better understand the interactivity between themselves and nature. Much more than we do.

“Secondly, or maybe primarily, these are cultures that have a rite of passage, called the Vision Quest, which virtually every member of the culture goes through, usually in their teenage years.”

The Vision Quest, says John, is similar in nature to the process that people go through with The Way of Nature. Essentially, you go out into solitude in nature, to a place that’s fairly sacred, and you go into a state of deep prayer, meditation and bonding with nature through all your senses.

“The goal is to cry out for a vision: Who am I? What is this life for? Why am I here? What’s the purpose of this lifetime? How can I manifest my deepest inner purpose for coming here into this life?”

The answer almost always involves harmony, or supporting, or bringing balance and integration between themselves and nature.

“That’s why the Vision Quest is a major contributor not just to creative insight for say your company or organisation as it would be applied in the modern world, but also spiritually. Realising that you’re part of a vast family of life that you were born out of, and that you’re working within.”

If we can apply these rites of passage process to modern culture, says John, it would restructure goals and the ethical moral context for our modern young people.

“We must have the experience, not just the knowledge, of being part of the body of the planet. If we have that, then we will treat the planet and our local ecosystems as part of our own body and our own family. And it’s only from that that a revolutionary ethical and moral system can arise.”

An educational system around the ecosystem

John wants to create a future which has a clearly condensed educational system around the ecosystem ecology, combined with the wisdom of indigenous peoples about their local natural systems, and with an experiential component such as a contemporary Vision Quest:

“Like a sacred passage, which gives people the experiential wisdom of being connected to their local system, natural system and the larger system of the Earth itself.”

It’s no accident, says John, that nature is so decentralised and regionalised. We could learn a lot from it:

We need to seek out ways that don’t always go back to a highly centralised system, this isn’t the answer to the challenges we face in modern times.

How leaders can come back into balance with nature

One of the most anti-inflammatory things we can all do, advises John, is disconnect from our digital devices and walk on the grass, barefoot, for half an hour.

Or take a break from your organisation or whatever role you’re in, and go out into nature and have a little quiet time in the woods or the mountains or at the coast.

“Have fun. This life is meant to be enjoyed, not to be a painful experience. The basic rule of life is to enjoy it. The purpose of being here is to enjoy this amazing gift of this lifetime.”

Find a spot that you’re drawn to and go there and honour it with your love, your appreciation, your respect. Somewhere that’s away from people. Give thanks to nature and stay open to listening to what nature might like to communicate with you through your feelings and senses as they open up.

“Look at how we [can] start creating organisations and companies that are working not just for profit for the shareholders, but also working to bring something of great benefit to the environment and to culture. Ask, how can we bring something to the table that’s really contributing to a greater and more balanced whole?”

Come up with half a dozen things you can do each day that will really make someone else’s day better. Show you care for others, for plants, animals and nature. It’s a simple place for young people to start exploring, and for adults.

If the talk resonates with you, we’d recommend you listen to this episode too: https://corporateunplugged.com/oren-lyons/