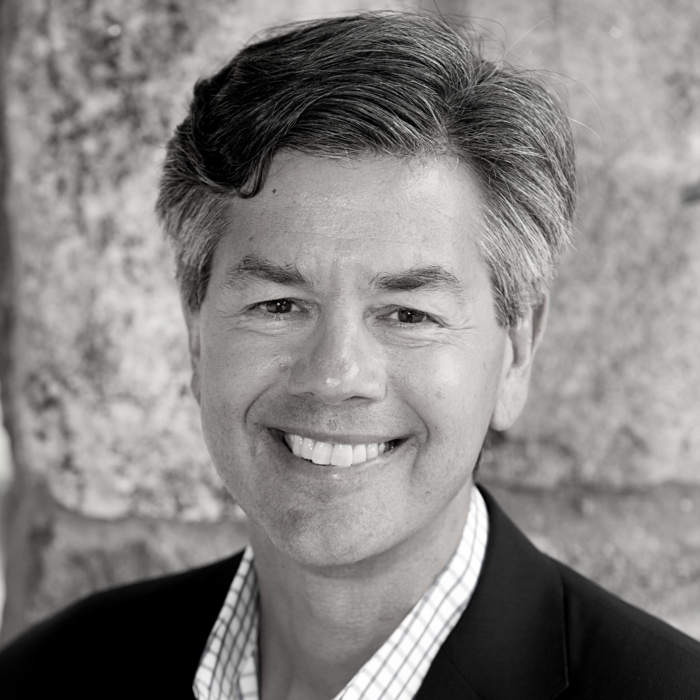 Finance and Economics for a Regenerative Age

John Fullerton is an unconventional economist, impact investor, writer and founder of Capital Institute. In this episode of Corporate Unplugged he discusses regenerative economics, and the universal patterns and principles that will shape the new economy. But first, why after a 20 year career on Wall Street where he was the Managing Director of JP Morgan, did he choose to walk away with no plan?

Reimagining Economics and Finance to Save the Planet with John Fullerton

John Fullerton is an unconventional economist, impact investor and writer. In his current work, he explores regenerative economics and the universal patterns and principles that will shape the new economy.

To learn more, you can sign up to his 8-week online course offering a practical approach to reimagining our economy to create long-term wealth, ecological harmony and genuine equality throughout the world.

So why, after a 20 year career on Wall Street where he was Managing Director of JP Morgan, did he choose to walk away with no plan, but with many questions?

Driving the decision for change

“I had been restless, I would say, for a number of years before finally leaving. And the excuse for leaving was simply that JP Morgan merged with Chase. And the culture that I had grown up in was clearly going to be gone. And so it was sort of a moment to take a break and rethink what I was doing.”

There was an inner voice telling him that it was time to leave. A voice that had tried to convince him to jump ship earlier in his career, but he hadn’t. And he didn’t want to ignore it for a second time.

But just what was driving this need for change?

“My passion today is this once in many centuries transformation that we’re now in the process of, and I think it’s becoming more and more evident that we’re in the middle of something very, very big, certainly bigger than anything in our lifetimes.”

According to John, we are living through a transformation that is bigger even than the shift from the medieval age to the modern age. And he wants to help make sense of it, and to help direct the economy in a direction that can actually work for both people and the planet.

“But in a serious way, not in a kind of at the edges incremental way, which is what most of the sustainability conversation has been reduced to unfortunately.”

John founded Capital Institute in 2010 to explore the question that we run the world on an economy that’s dependent on exponential growth, yet we live on a finite planet. Which means there’s a physics problem.

“All of the issues we experience now from climate change to biodiversity loss, but also to the inequality crisis, these are all symptoms of an economic system that is, in a sense, no longer fit for purpose.”

John’s vision for the future

10 years from now, says John, things are going to look a whole lot worse than they do presently.

“And when I say worse, I mean both from an ecological stress and a social, political, humanitarian stress, I think we’ve entered a storm, and it’s a big storm.”

But John’s an optimist, he’s hopeful that the worse the storm gets, the more we will be forced to respond and react and adapt to the changing circumstance, for the better.

“What I would hope for 10 years from now would be that more and more people were awake to the scale of the challenge and to the implications for the profound change that is needed.”

Why we need to pause before we act

The message that John is trying to convey is that we have been too reactive to the global problems we are facing. When what we really need to do is pause, to take stock of the situation, and then act intelligently.

Part of the problem, he says, is that we have become trapped in a reductionist problem solving mindset. And because we’re eager to solve problems and act, but without a more holistic understanding of the issues, including the profound challenge of exponential growth on a finite planet, there is no action that we can take that will address the issue without addressing that specific issue.

And the actions we are taking are only making the problem worse.

And if we’re out of footprint space, says John, we need to find that footprint from somewhere else, in order to do the transition. Otherwise switching to ‘green energy’ won’t solve the crisis, it will just add to the existing problem.

What we need to do is accelerate the reduction in our footprint from other areas in order to make room for the alternative energy system.

The darkside of the Green Revolution

There are endless examples of our problem solving getting us into deeper problems than the problems we’re trying to solve, says John. One example that is somewhat controversial, is the Green Revolution.

“What we’ve done in industrial agriculture, without meaning to, without understanding it is we’ve quote, unquote, solved or worked significantly on the quote, unquote, poverty problem, but at the expense of massively exacerbating the climate change problem.”

Because we didn’t understand when we pursued the Green Revolution the important role that the soils play in sequestering carbon, we’ve now turned massive areas of grasslands and farmland into sources of carbon, when naturally they work as sinks of carbon.

And because these areas are so vast, small changes in such a vast landscape have had a systemic impact on the net carbon in the atmosphere.

“We’re solving problems and creating bigger problems. And so my plea to us is to slow down and learn to think in a more holistic way and see these issues holistically and interconnectedly, and then we act with urgency.”

Why all living systems need a robust circulation

Much of John’s work is guided by the universal patterns and principles that describe how literally all healthy living systems we have around us sustain themselves in the real world. And because these things work already, how can we reinvent them with something else?

“The principle I talk about is robust circulation. That’s what I mean by principle. It’s this notion of the right relationship, or relationships of mutuality or reciprocity.”

“For example, our feet don’t compete with our arms for circulation of oxygen. They’re both working in a relationship with each other in order for our human body to thrive.”

We’ve landed on this idea of a competitive capitalist system, says John, where competition is the core idea. But it turns out that in nature and living systems, different species compete with each other until they can find their own little niche where they can collaborate and not have to compete with one another.

And that, says John, turns out to simply be wrong. Yet we play the game of economics as if it’s a massive competition and we pursue scale and growth and bigness as a goal rather than well being, or something that’s more collaborative.

“And we [need to] shift our mindset to fall in line with the way life actually works. It is not a trivial challenge. But that’s the challenge I’ve chosen to work on.”

Living systems are complex, not complicated

Living systems are complex, not complicated, says John. There’s a world of difference between complexity and what’s complicated. And complexity can’t be predicted. The future is unknowable, yet everything is connected to everything.

“How is it that a pandemic could trigger a supply chain crisis around the world, compounded by a war in Ukraine? These things are complex. And there’s a lot we can learn from living systems about how to not manage complexity, but to work with it.”

“Our globalisation trend has run its natural course. And we’re now realising that our supply chains are not resilient enough. Well, had we understood living systems, we wouldn’t have let them become so efficient in the first place at the expense of resiliency, and we wouldn’t be suffering as much as we are today.”

The problem with tracking ESG metrics

The whole eruption in the ESG space is interesting, says John. Using sustainability metrics for corporations as a risk assessment tool is a crazy concept. Whoever thought that measuring ESG metrics was going to change the economic system was not thinking clearly.

Yes, it’s important to measure some non-financial metrics and assess a corporation’s performance and risk. But do we really need big oil companies like Exxon developing ESG metrics? We know oil companies are in the business of selling fossil fuels. Tracking their sustainability efforts is pointless.

It’s not something we need to measure and report on. What we actually need, says John, is the courage to say that’s against our collective interest. And radically slash that business activity because it’s inherently destructive.

What we need to remember, says John, is that humanity is a part of nature, not apart from nature.

We have the wrong idea about leaders, says John. The leaders he admires are not necessarily people we think of as leaders. It’s not an accident that on his 8 week course, all three of his guests are women.

“The leaders I admire most are unsung heroes, working in the trenches more than the hero leader. I think the hero leader is a thing of the past. But having said that, hero leaders today hold immense power, which is part of the problem, but it’s reality.”

So what is John’s advice to the leaders out there?

“You asked me why I left [JP Morgan], because I listened to my heart. And it took courage to do that because I couldn’t explain it to anyone including myself. And it was a painful number of years after that, trying to figure out why I did that. But it was the best decision I ever made for myself, for my family, for my kids.”

What the world needs most right now

What the world needs most right now, says John, is this awakening that we’re currently going through. We were all stuck in a rut, heading for disaster, but the pandemic has shocked us into pausing and rethinking.

And despite all the pain and suffering and agony COVID brought, it has helped us all wake up and realise that we need to change. If the talk resonates with you, we’d recommend you listen to this episode too: Oren Lyons