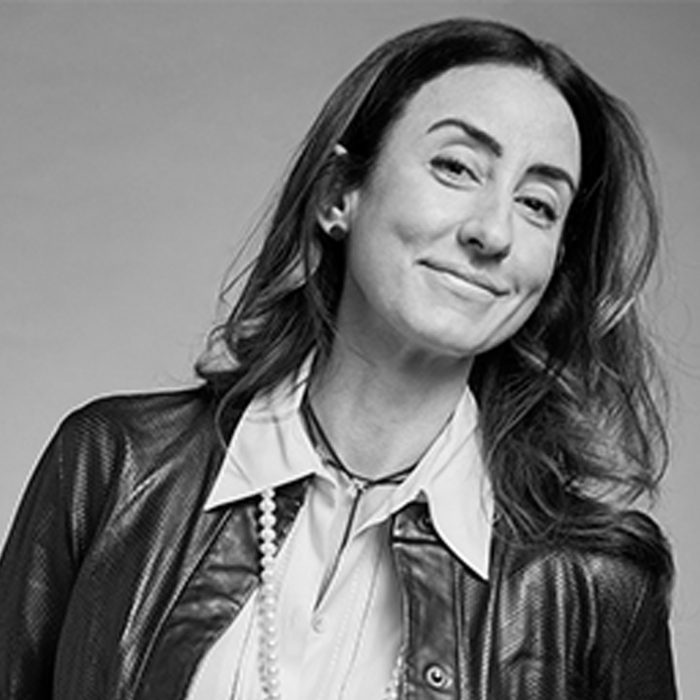 Finding Inspiration In The Depths Of A Crisis

Jen Grace Baron is co-founder, Co-CEO and Chief Inspiration Officer at InspireCorps, an inspiration strategy firm that partners with organisations to drive business growth and innovation.

How to find inspiration with Jen Grace Baron

“I have this particular phrase that has moved me and activated me for quite a long time and the phrase is that I believe it is a birthright for people to be inspired in their work… We spend 90,000 hours of our lives in our work, so pick a career as if your life depends on it, because it does. Pick a career you’re willing to sacrifice your life for, because you will. And the difference that gratifying, fulfilling, meaningful work makes in a life. It’s so worthwhile.”

Having spent the early days of her career working for big organisations, working in learning and development, in organisation development and leadership development, it was a natural move for Jen Grace Baron to transition into her current role where she now solely inspires organisations to drive business growth and innovation. And it was a new field, not just for her and her co-founders, but for the organisations they now work alongside.

“It was seven years ago, in 2013, that we found not much had been studied on inspiration, there was very little that existed. And we at first thought that’s really a shame and quickly saw it as an opportunity.”

They’ve worked tirelessly towards redefining how organisations think about inspiration; defining inspiration themselves as a cross between possibility and invincibility, but likening it to a muscle that you can control and that you can work on.

How we get inspired

According to Jen, there are three distinct categories for how we get inspired. First is through ourselves, we inspire ourselves. Next is in relationships, where we inspire one another. And finally, we find inspiration in the environment around us, in particular certain situations.

And the situations aren’t always positive, in fact, says Jen, “some of what people find most inspiring in their whole lives, are some of the hardest times that they had been through or had survived.”

Inspiration is especially critical during times of crisis, such as the pandemic we are enduring right now.

“We found that during times of crisis, the ways that we act in the world change, right, all of how we’re thinking and seeing the world changes. And in that unfreezing, there is an opportunity to shape new mindsets, to create new, powerful connections, to reinvent how we do business.”

How InspireCorps is working through Covid-19

“One of our core values is really walking our talk. We can’t promise certain results in an organisation that we can’t produce in our organisation.”

At the very beginning of the current crisis the co-founders at InspireCorps knew they had to make big changes right away.

They needed financial contingency planning, modelling out at least through until the end of the year. They needed to find a new way of meeting and a communication structure that allowed them to be sharing what they were learning as well as their progress. They had to deliver a blanket communication to the whole team letting them know that their priorities and goals, those things they were working for in 2020, were going to be actively reevaluated in the coming weeks.

They needed to expand and reshape their current service and product offering to be most relevant to the needs of their partner organisations. And each organisation has different needs.

“This agenda gives a nice balance between people actually checking in about how they are, how they’re doing personally, and how they’re doing in terms of their emotions and stress management, as well as getting critical updates and information sharing done.”

The four is sharing the good news at the present time, the things that are inspiring them in the world. The four is this opportunity to get everyone really tuned into some positive emotions before they launch into the meeting itself.

Three is more practical – it’s about what they are learning and what needs to happen and what the key updates are that need to be shared across the whole team.

The two is about what they’re learning in this process – the best practices that are really working that they can capitalise on, as well as the opportunities or things they’re doing that are not really working.

One is closing the meeting with a deep appreciation for the work that people are doing, and really seeing one another’s strengths and using one another and asking for help where needed.

Why coronavirus is going to be transformational

This pandemic has already had a profound effect on all of us. It’s forced us into self-isolation, into social distancing, an inherently non-human act. We are naturally social creatures and so we’ve been forced to rethink certain aspects of life we once took for granted.

The concept of post traumatic growth is something that is going to resonate with a lot of people once the pandemic is over. There are many people who are going to grow stronger from having been through this.

For the next three months InspireCorps are paying it forward – they’re just giving to everyone who needs it.

“There’s a standing offer, we are offering coaching. If this is relevant and resonant, we will find someone on our team who is available to support you, if you need coaching. Our work is making a difference. We know it’s the right thing to do. We trust it will all come back. I think just giving is a really good strategy right now.”

If the talk resonates with you, we’d recommend you listen to this episode too: Zoe Chance