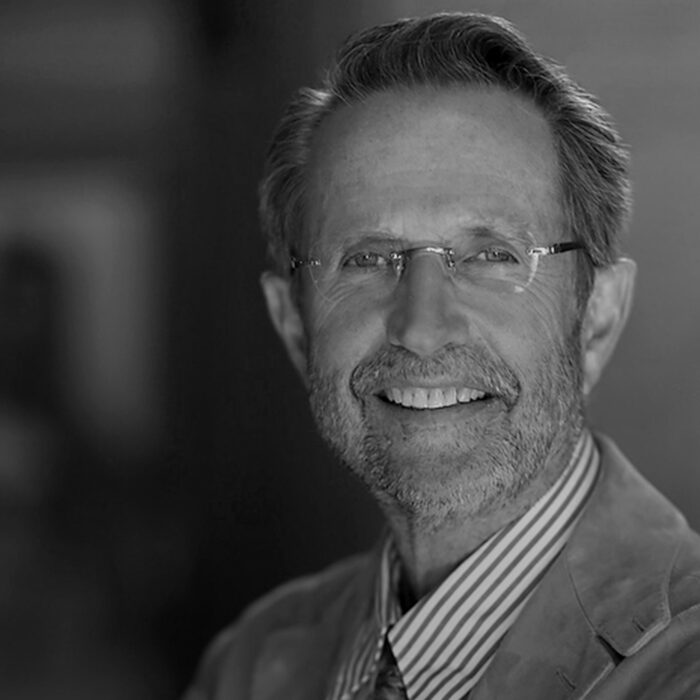 Bob is chairman and CEO of Barry-Wehmiller, a global $3 billion capital equipment business with more than 12,000 team members. He was recently named the number three CEO in the world in an Inc. magazine article.

Don’t you want to work for, or run a company, where your unique measure of success is the way you touch the lives of your people?

Bob Chapman is exceptionally proud to be listed as the #3 CEO in the world according to Inc. magazine. He shares his leadership journey and the story of Barry-Wehmiller whenever he can, because he believes it is a great example of the way businesses and organisations should be.

Bob believes that all businesses should be focused on creating value for all stakeholders – team members, customers, communities and shareholders. Not only is it good for business, it leads to meaningful work and fulfillment for team members.

“I always remember the expression: our customers are number one. Well, that’s pitiful. What does that mean your people are?”

The purpose of Barry-Wehmiller

“What is our purpose? What is our product? To build machinery? Or to build people at our internal university? Our sign above the door says ‘we build great people who do extraordinary things’, that is our goal. And in our case, we build capital equipment, but is that our product? No. That is the output of our focus, which is people coming together sharing their gifts.”

Bob’s journey has been marked by being able to see value where other people don’t see it. And rebuilding a business that was 80 years old.

“My dad died when I was 30 and I took over this $20 million business, my initial goal was to carry on the legacy of the business building brewery equipment for the major breweries of the world to pasteurise beer and return a wash for terminal bottle washes. But I realised, in a relatively few years, that that path did not create a future.”

So what Bob did was he went out and bought companies that he thought had the products and technology that would give his company a future.

“The beauty is that that is where my gift lies – in seeing value where other people don’t. And designing a business model that gives people a future. I always say, it’s the responsibility of every executive, to know where you’re going, why you want to go there. And when you get there, why will you have taken your people to a better place.”

This is why we need leadership, says Bob. It’s every senior executive’s responsibility to have a grounded sense of hope for the future of the people in their company.

And it’s this vision that transformed Barry-Wehmiller from a $20 million historic old business into a $3 billion vibrant business. A business where nobody questions their future. A business that, when economic challenges hit like, 08/09 and COVID, they don’t have to take it out on their people.

Having a great business strategy

Not that their culture is the main reason why the company has succeeded, that’s down to having a great strategy. Their business model is the foundation.

“It’s like Ferrari building the most perfect mechanical engine you could imagine. But unless you put the right fuel in it, that engine will never perform at its potential. So the engine is the business model and the culture is the premium fuel that allows that business model to realise its potential.”

So why don’t more firms follow along similar paths? Research shows time and again when you delegate authority in a company where there is trust, accountability and care, there is a huge uplift in performance, as well as creating happier people with better lives, better innovation and productivity.

Because, says Bob, “what we don’t have in this world is leaders with the skills and the courage to care for their people.”

From the very beginning of the Industrial Revolution, we’ve created managers, people who manipulate others for their success, we’ve not created leaders with the ability and skills to care for the people they have the privilege of leading.

We need an education system that delivers skills, that can deliver results in terms of human value, not just economic value.

“The most powerful thing we have learned in this journey, the most fundamental skill to be a leader, to be a parent, to be a friend, to be a husband and wife is empathetic listening. Unless you can listen to people with empathy and understand them, you can’t have the relationships you want and need in your life.”

People want to feel valued. They get technical degrees from university, but the universities don’t give them human skills. People don’t feel valued, they feel used. And this is the case, says Bob, around the world.

“90% of the feedback of people after they completed these trainings was how it improved their marriage and their relationship with their kids. It never occurred to me that the way we treat people at work would affect the way they would go home, and treat their family, their spouse, their kids, and behave in their community.”

The greatest act of charity

Bob’s “dream” therefore is for universities to give us the life skills we need, to treat tech skills & human skills as equally important.

And here’s the thing, Simon Sinek came to Bob’s company and saw a place where people care about each other, and declared that such a place exists. If it exists, it must be possible!

“The biggest thing I want people to learn is leadership is not the manipulation of people for your success. Leadership is the stewardship of the lives entrusted to you. And to look at those people you have the privilege of leading, as somebody’s precious child has been placed in your care, knowing that the way you treat those people you have the privilege of leading is going to affect their health, their marriage and their relationship with their children and the way they behave in that community.”

Barry-Wehmiller’s share price has compounded 15% a year for 25 years. They have a robust business strategy that works for them. Jim Collins coined the phrase ‘you need to get the right people on the bus’, but Bob argues that’s not the whole sentiment.

He says, you need to build a safe bus (your business model) and you need drivers (leaders) who know where they’re going and how to drive the bus safely, to ensure that everyone on the bus is going to be fine.

And it doesn’t matter if you’re a public or private company – there is no difference. The opportunity to and effect from taking real care of people is the same.

“If you look at the data, the data says people are miserable. People don’t quit a job, they quit their boss. So I mean, the data is overwhelming that everybody needs to embrace it for the goodness of society. Because we are basically killing people by manipulating them for our financial gain.”

The biggest thing they learned when they began teaching people how to go from management to leadership is the need to teach people empathetic listening.

And we are going to self-destruct as societies if we keep using people for financial gain instead of caring about people for human gain. We don’t have a poverty of money, of wealth, in this world, we have a poverty of dignity. When people don’t feel valued, they feel a sense of humiliation.

So what does Bob think the world needs most right now? A sense of hope. People want to know simply that who they are and what they do, matters.