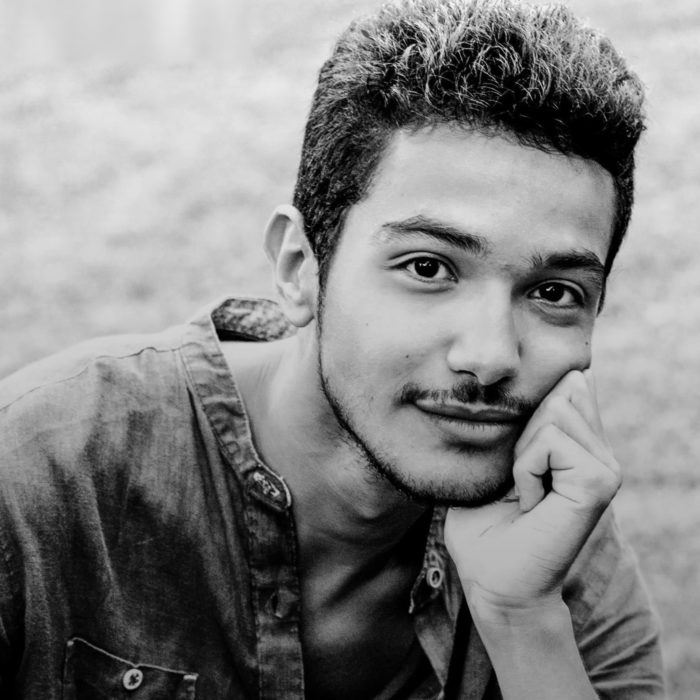 What It Takes To Lead The Next Generation

Zakaria Bekkali is a 22 year old with a wise head on young shoulders. Zak is a graduate student at the London School of Economics and Political Science where he’s been awarded a postgraduate excellence scholarship for a Master of Public Administration with a specialisation in social impact. He also holds a Bachelor in International Politics and Government from Bocconi University in Milan, as well as having studied at Princeton University during his undergraduate senior year.

What We Can Learn From Zakaria Bekkali

What has driven Zakaria Bekkali to achieve so much academically at such a young age? What is the passion inside of him that fires him up to strive for excellence?

“When you’re coming from a relatively disadvantaged socioeconomic background, you realise that the education you can pursue is the only tool you have to actually improve your life conditions.”

He calls it the ‘equality of opportunity’, something that encouraged him to work incredibly hard, to prove it’s possible for everyone, even students who’ve had to start from a relative disadvantaged background, as he had, to study.

“I definitely want to have good life standards at some point, but I don’t see that as my ultimate purpose. I really see as my purpose, the equality of opportunity.”

While crediting his parents for their dedication to working so that he could excel academically, he also says there have been two transformative moments in his life that have influenced him.

The first was starting his undergraduate degree at Bocconi University, it was a huge leap from the world he knew to another one. One where it seemed everyone around him were better off economically as well as being incredibly ambitious, seemingly knowing what they wanted to achieve with their lives.

“I had to learn to fit in and to find my place in that environment. It was a very impactful moment in my creation of identity.”

The second transformative moment was while he was studying at Princeton University. He realised he didn’t have to try to fit in with people, he was surrounded by people with the same background as him. They were people he could interact with who had a shared background experience – second generation immigrants or first generation college students, people who knew what a prestigious achievement it was to get a place there.

“[People] who knew how our parents had worked hard to get us there. And I think by creating this safe space, I realised that I could still be myself.”

After this he says he began to live in a more authentic way, reconstituting his own identity as a second generation immigrant and a first generation college student. He naturally began to look for what he calls ‘other safe spaces’, people who understood him, even if they hadn’t necessarily had the same experiences as he had, but who could at least empathise with him.

Insecurity is a driver

While his parents’ sense of hard work was instilled in him from a young age, urging him to work hard and achieve academically, he also had a sense of insecurity driving him on. He says even his primary school teachers noted that he was terribly insecure.

“That insecurity has always been within me. And I just felt like I was different and I had to prove that was enough.”

Having to prove to others that he was good enough drove him to work harder and to get to where he is right now, but he realised that this drive was not enough to live right. A desire to be accepted by other people wasn’t what should spur you to do better and to accomplish more.

“It has to come from within. I’m still navigating this process. I think I’ve really made huge steps. But yeah, most of it, it’s definitely self creation.”

And in his quest to figure out who he is, he’s had a major change in his mindset. For a long time he was convinced he would go straight into public policy upon graduation, but he’s since realised that a corporate career would better fit his ultimate goals.

“I can see the power that businesses can have in changing the world and leading the progress. I had a major change of mindset that we need to stop thinking that our personal life and our professional life are separate.”

We can’t be different people outside the home to who we are inside. If you’re a good person at home, then be the same person at work, says Zak. Business isn’t isolated from the rest of the world anymore. It’s a part of the fabric of our society and as such it must play a part in the change we want to create.

Zak believes a long term vision for CEOs and founders of startups and new enterprises should be to question to what extent they can help society besides the profit they’re making. This contribution could come in a number of forms, from creating jobs and products and services that are beneficial,  as well as realise how their processes, their practices, their governance can have socially impactful effects on society at large.

“The model of maximisation of shareholder profit is not sustainable anymore. So let’s bring civil society, third sector, governments and businesses together in a way that we’re not only thinking about maximising the profit of our shareholders, but we’re also maximising the shared value that we are able to create and offer for the community, because businesses rely on communities. If there is no help from the community, business will not thrive.”

Empathy is key in business

So what does Zak suggest business leaders need to do?

“Be ready to be challenged by young people. I feel we have ended up in this patriarchal system with CEOs and leaders who do not want to be confronted by the young generations.”

Zak feels that leaders aren’t prepared to give space to young people. As such he only wants to work in an organisation that guarantees to listen to him, that will care for him, that will provide him with growth opportunities – he doesn’t want to stop learning just because he’s graduated.

He wants constant feedback from his employers, to be told if he’s doing a good job or not. He wants a mentor, a role model he can look up to – someone he can aspire to be like.

But more importantly, he wants leaders to communicate with younger generations that they’ve been in their shoes, that they’ve also had doubts and felt uncertainty, and to show them, in a non-patronising way, how to navigate through it.

“Being a leader means being able to recognise that you’ve been there as well. And being kind. I think we are lacking kindness in the workplace. There are these top-bottom structures where most of the time us as young people are at the bottom, and we just have to listen without giving space to our own private initiative.”

So Zak believes the world needs more empathy. And one of the most beautiful things to come out of COVID has been people connecting.

“At the end of the day we are just finite little human beings and we all have our own weaknesses. And only together we can get out of difficult moments.”

This connection doesn’t just apply in our personal lives.

Without a strong empathy in the business world, we’re not going to be able to get out of this economic crisis, all the businesses are very much interconnected.”