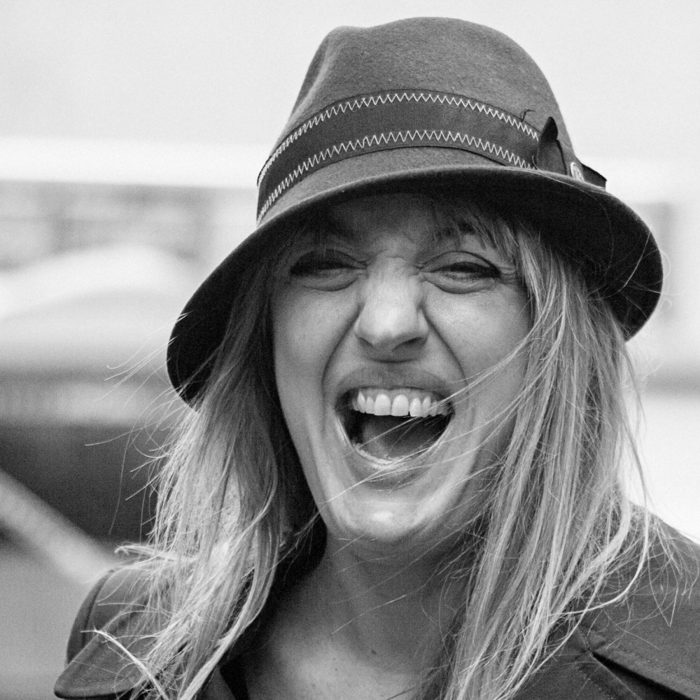 Tiu de Haan is a ritual designer, creative facilitator and coach. Today Tiu talks about pronoia vs paranoia, doing random acts of kindness and beauty, how to retrieve our playfulness, why ideas have a life of their own, why it’s important to stay human and why we should all choose curiosity over fear.

Neither of them represents the truth but pronoia is a playful lens through which you can choose to see the world. It’s a way of shifting your perception so that you interpret challenges as blessings in disguise.

One of the ways in which you can activate pronoia is by sneaking around doing random acts of kindness and beauty, ideally covered. This way you give other people the experience of the universe conspiring on their behalf.

Everyone has, somewhere in them, the capacity to see the world as a playground. As we age and as we go into increasingly linear educational systems, we lose our capacity for playfulness.

For Tiu, the idea of bringing play back into our daily adult lives has the potential to create ways to explore the world differently. It’s also a useful tool for people in the workspace because it allows them to create new solutions by shifting their perspectives towards areas they have not explored for a long time.

Being creatively alive and engaged in our work and our connections with people will bring out the best we have to offer.

The lives of ideas

Tiu believes that any problem can usually be solved by our imagination. It’s the lack of imagination that causes blocks. Tiu helps people free up their imagination by reconnecting to their ability to play and to create.

For Tiu, suffering happens when she goes against her truth, or when she tries to fit herself into a box that’s too small.

She has a theory: that ideas have their own lifespan and their own intelligence. People should think about how to bring their compassion, empathy, intuition, creativity and listening to what it is that wants to be brought forth. These are skills that have not been traditionally prized or rewarded financially.

When ambition takes second place to collective organization and the best outcome for all, that’s when an organization’s identity, authority and authenticity can become a guiding light for the people who work with it.

Tiu believes that becoming more human is extremely important these days as more automation replaces human endeavour. She feels that the more there is a distinction between intelligence and consciousness, the more we will become more concerned with the things that make us human.

Rituals are an ancient human response to the sense of meaning-making that give us the tools to punctuate the vastness of life. The more that progress and growth outstrip our humanity, the more Tiu’s work becomes valuable.

Tiu would kick against a comfort zone if she was in it for too long. She hasn’t had a job since 1999 because she found it very annoying to be within somebody else’s structure. She does like collaborating with interesting people.

Tiu’s long-term formula for businesses is all about cracking open the rigidity with which they view people and profit and expanding the method of measuring value and success to include other kinds of variables and metrics that are more human-oriented.

What does the world need the most right now, in her opinion? Curiosity over fear. The more we become entrenched in our opinions, the more we are in danger of separating ourselves.

If the talk resonates with you, we’d recommend you listen to this episode too: Link to Jason Prall