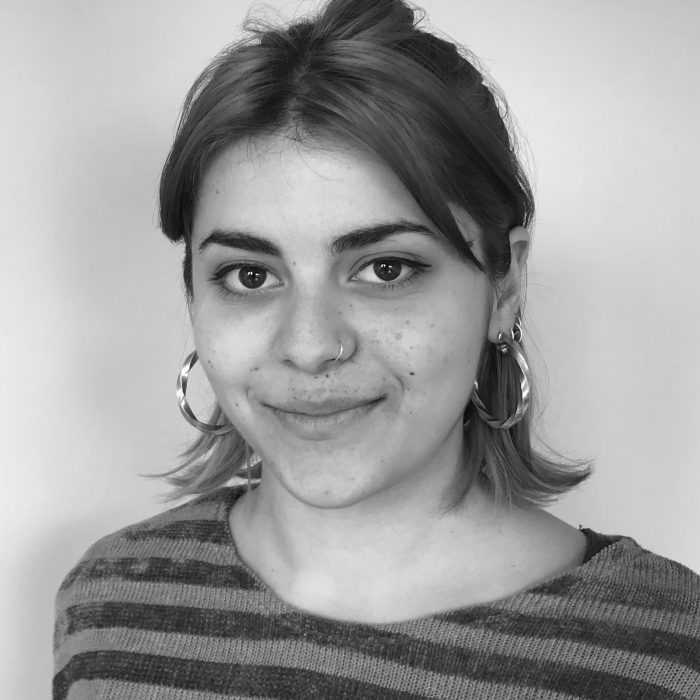 Sarah Grant was born in France and now lives in Rome. Her father introduced her to the world of cinema, and she now works as a director’s assistant and production assistant. Sarah is passionate about creating solutions to challenges and also works at Scomodo, a newspaper and community dedicated to growing a new cultural model for the city of Rome. Today Sarah talks about the goal of Scomodo, being passionate about freedom, impacting the lives of others through cinema, information overload in a world with the internet and social media, being grateful for difficult times, and creating something that lasts.

For full show notes, scroll down.

Scomodo – a monthly newspaper to inspire a new cultural model

‘Scomodo’ means ‘uncomfortable’ in Italian. Scomodo is also the name of a monthly newspaper with the goal of inspiring the people of Rome to make a change in their city and to feel like they are heard and lending their voice to something bigger.

That’s why Sarah Grant is working with the publication, because she believes that young people need a community to feel a part of and grow with.

It’s not only a newspaper, but it’s also a growing community and especially a family. “We all feel like it’s a family,” says Sarah. “Doing something so big with a family behind you gives you strength.”

Scomodo organizes large events that are attended by thousands of people. They want to have fun, but they also try to help others and make their voices heard by those in power.

“We help people see things differently and have a chance to do something good, because they want to, but they might not have the chance to.”

Through the events, they inspire people and give them a vision of something better, and then they work together, uniting their forces toward a common goal.

Sarah also works in the film industry as a director’s assistant and production assistant. At 20 years old, rather than attending university for a degree, she’s decided to study on her own time.

She believes that the strictness of the school system takes the passion out of your studies, making it systematic and “robotic.” Going to school is not the way she shows passion.

“In a philosophical way, what I’m most passionate about is to keep myself in complete freedom,” she says, “having the freedom to say and do whatever I want to.”

Sarah believes that living a nice life means being free, which is why she doesn’t believe in the school system, the normal system of employment, and the industrial world we live in. Sarah wants to be free every day.

But in a more practical way, she’s also very passionate about overcoming all the challenges she’s given every day: the small daily things and the big ones like the ones she’s fighting with Scomodo.

“I’m very passionate about giving freedom to other people. I can’t be completely free if people around me are not free.”

Impacting the lives of others through cinema

Sarah’s interest in film began when she was introduced to the world of cinema by her father, who worked in the industry.

With movies, you experience something different from your life that was created from the imagination of another person. The fact that someone can make a film and others from all over the world can see it makes Sarah feel special in a way.

It’s also very empowering. You can make something up in your mind and create it, other people from the other side of the world can look at, and it has the power to inspire them to dream, cause them to be sad, or maybe they will even hate it. What you create can give them ideas and it can help them grow.

This is what made her so passionate about film and cinema, because it’s special and unique in this way. You can do this with other art forms also, but with movies it’s graphic, which Sarah believes is especially impactful. The influence you can have on others’ lives through the creation of film is so powerful, and that’s what draws her to it.

We are in a particular moment in time in which everything can be seen online. Everything goes through social media and the internet. “The problem with the internet is that everything has a smaller impact,” says Sarah.

For example, you may see a viral video of a kid singing in the supermarket. It goes viral, it has 20 million views, and in two days everyone forgets about it. That’s what is also happening in the news. You see the news talking about a war or something bad happening, and in two minutes, you’ve forgotten about it, because that’s how the internet works. It gives you so much information that after a while you forget about what you’ve seen too quickly.

Many young people feel like their time is just slipping away, passing without meaning, and a lot of young people are depressed because of this, because they don’t have a greater cause to believe in and help them get that meaning in their lives.

Scomodo wants to help young people find something bigger to believe in and find a community to work together with, and they have chosen to only publish their newspaper in print, because they believe the impact is greater this way.

“With paper, you don’t forget what you read, because you have seen it, you have taken a bit of time to read it, you have flipped the pages, you were holding it in your hand, it has a weight, it has a smell, it has color, so you remember what you saw.”

Being grateful for difficult times

Although she’s only 20 years old, Sarah has gone through a lot in her life. Perhaps the most impactful experience she’s had was when her parents divorced last year and both moved away, leaving her alone.

She was 18, and she felt so lonely, yet so independent and empowered at the same time, and that made her grow and changed her in many ways. She had to find a place to live, and she was completely homeless for a while, carrying all she owned on her back.

But she felt something bigger in front of her. All of the problems she had before, everything was so insignificant. She was a totally different person before this happened.

It was a difficult experience, and she’s still coping with it. It’s not easy for her, but she feels very lucky she had the chance to live through such a negative experience, because it completely changed her.

“I feel that when we have these moments that put us through pain and are very negative, we have to feel lucky we had them and we’ve gone through them,” she says.

Creating something that lasts

Sarah’s advice to leaders, organizations, and companies is to be careful not to only think of things in the short term, but to also see things for their long term value. If everyone would think this way, according to Sarah, everything could grow more and last longer.

It’s also important to consider what the world needs now and what the people need now. Organizations and leaders should be listening to the people’s needs to create something that is useful, more friendly, and not just more economic or easier for them.

Short-term earnings and growth based on profits are only temporary; they will fade. Those aren’t the things that will make a company truly successful. Adding value to people’s lives and creating meaning is the way to success and creating something greater for humanity.

If the talk resonates with you, we’d recommend you listen to this episode too: John Lloyd.