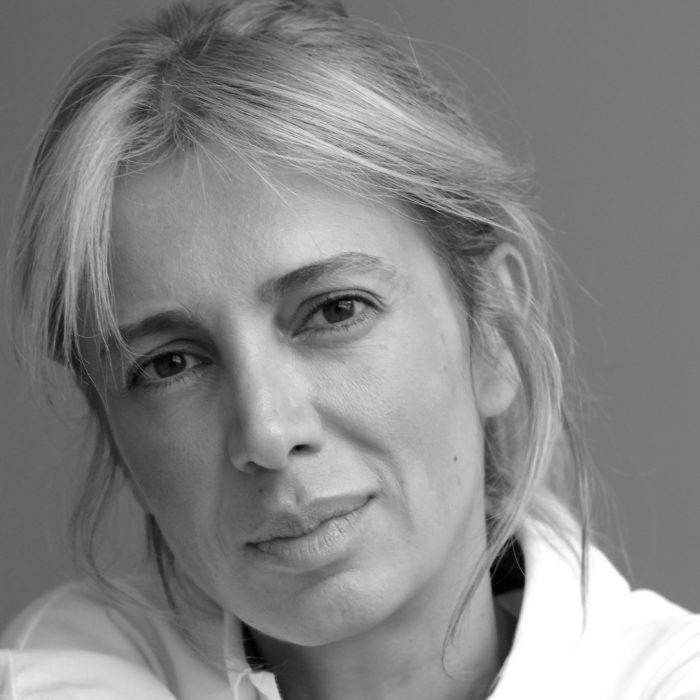 Startup Forever. 100% of Yourself at Work

Sahar Hashemi is a keynote speaker, author, entrepreneur, and powerful authority on innovation. She is the co-founder of Coffee Republic, the first UK coffee bar chain, and she created Skinny Candy, the guilt-free confectionery brand. Today Sahar talks about her new book “Startup Forever,” abandoning institutionalized corporate culture, bringing 100% of yourself to your work, transformational points in her life, a company’s purpose, how bureaucracy is holding companies back, and daring as a leader.

Sahar Hashemi is a keynote speaker, entrepreneur, author, and authority on innovation. She has been recognized for her entrepreneurial achievements with an OBE (Officer of the Order of the British Empire) and has been named a ‘Pioneer to the life of the nation’ by Her Majesty the Queen, and she has received numerous other awards including the World Economic Forum’s Young Global Leader.

Sahar is passionate about spreading the message of her newest book, “Startup Forever,” which is about how big companies can act like startups in light of the changing landscape of how companies grow and how people work.

Sahar’s latest book is about entrepreneurism and big organizations. Years ago, she started a company without really realizing she was an entrepreneur, but when she looked back on it she recognized that’s what she was.

As her company grew and became more successful, it started to lose that entrepreneurial, startup feeling. Back then, the idea was that losing the startup sensibility was part of the natural process of growing: you become a big company, and you act like a big company.

Today, however, the pace of change is such that no one can act like an old, big company anymore, because almost everyone is in the same environment as a startup used to be—the same pace of change, the same constant disruption, the same uncertainty, the lack of safety nets, the resources changing—so in a way everyone has suddenly been pushed into these waters that used to be only for startups, according to Sahar. So the million dollar question now is: How can a big company act and think like a startup?

Sahar has seen the difference between how a startup behaves and how a big company behaves, and she believes they don’t need to be that different. In a big company, the way we behave has become institutionalized. That’s what corporate culture is: it’s a memory of how we used to act. It’s become entrenched in the way big companies operate.

But Sahar believes there’s no reason why they can’t change quickly and easily to act much more in the way startups act. It’s not that difficult.

It all starts with ourselves. Who you are and what you do must be the same thing and we should look at companies for what are they being rather than what are they doing.

When the world moved much more slowly, a certain kind of uniformity and controlling way of running a company was more the norm, with people being managed tightly and companies based on an almost militaristic control of its employees.

But now, the whole personality of a company has to change. We’re moving very much toward becoming more human. A startup starts with the passion and the sheer force of the personality of its founder.

“But this is what we lack in a big company,” says Sahar, “because we’ve lost the human element. It’s become a corporate structure with disciplines.” That has to change.

Bringing 100% of yourself to your work

For Sahar, her work is her passion, and that’s why she finds it sad that for many people, they think work is just work and you come in for a paycheck, and your passion is a hobby outside of that.

But bringing your talents and everything you are with you is where results are created. In the time of our parents’ generation, bringing 100% of yourself to work was not something people did. Work was no time for emotion or anything human. You wore a work suit as a uniform to look like everyone else. You had to leave your emotional baggage at the door.

“Innovation and ideas don’t come from processes and systems in a company.”

according to Sahar. “They don’t come from the manual. They come from individuals, using things like empathy and curiosity and putting themselves in customers’ shoes and trying things out.”

That’s why it’s so important to be 100% yourself now, but it’s still a very new concept, and large companies are struggling to adjust, because it takes some shifting and moving to get there.

When Sahar was working her first job as a lawyer, and she had been working for about five years, her father died very suddenly. He was young, in his early 60s, and she was in her 20s.

She had been in a comfort zone, and her father dying suddenly of a stroke was a shock, but it also caused her to realize that the comfort zone from which she had been operating was not permanent—that it was a false sense of security, and that life was, in fact, short.

Sahar’s second transformational moment was selling her business Coffee Republic in 2001. She missed it profoundly, and that was transformational, because the pain from missing a company you’ve started is huge. She didn’t realize how traumatic it would be, and it’s through that experience that she learned so much. The company didn’t do well after she and her brother left, and she now wishes they had stayed and kept that passion of the entrepreneurial spirit alive, and that focus on the customer.

Companies often talk about purpose, but they make the word “purpose” too significant. A company’s purpose, for Sahar, is serving a customer, and it’s about reconnecting with who you’re serving.

She gets shocked when she goes to companies and everyone is so busy with the internal stuff that they’ve lost touch with the end recipient of their services.

Once you reconnect with the power of being part of the bigger picture of someone using your product, it makes it more meaningful. So many companies have lost that meaning, and the customer is almost forgotten.

Bureaucracy is holding companies back

Companies have become big, they act big, and the bureaucracy stops them from reconnecting with their original purpose of serving their customers. Processes have come into companies. “Bureaucracy has become so thick and so debilitating,” says Sahar.

The solution is to free people up from this bureaucracy so they can see the customer on the outside and how they fit in with the bigger picture of serving those customers.

“When you’re at a startup, you’re part of a mission, and this incredible energy goes with that,” says Sahar. “I think companies have lost that energy.” No one knows who they’re working for anymore. Going back to the customer, getting clear on the big picture, and making sure people are facing externally, is how to succeed in the fast-changing world we are now living in.

Daring as a leader

Leaders dare to go places others have not been, which takes courage. A prevalent issue in companies, however, is fear.

There’s the fear of not being busy, because there’s a certain comfort in having a full diary. Without it, you may feel like you’re not needed.

“You’ve got to dare to become the Chief Stupid-question Asker, because it’s by these stupid questions that you find the innovation.”

You have to dare for an idea not to work, also. You’ve got to do it small and experiment. Courage is essential in leadership, and that only comes by removing the fear of failure and the bravado of leadership.

If the talk resonates with you, we’d recommend you listen to this episode too: Sam Conniff Allende