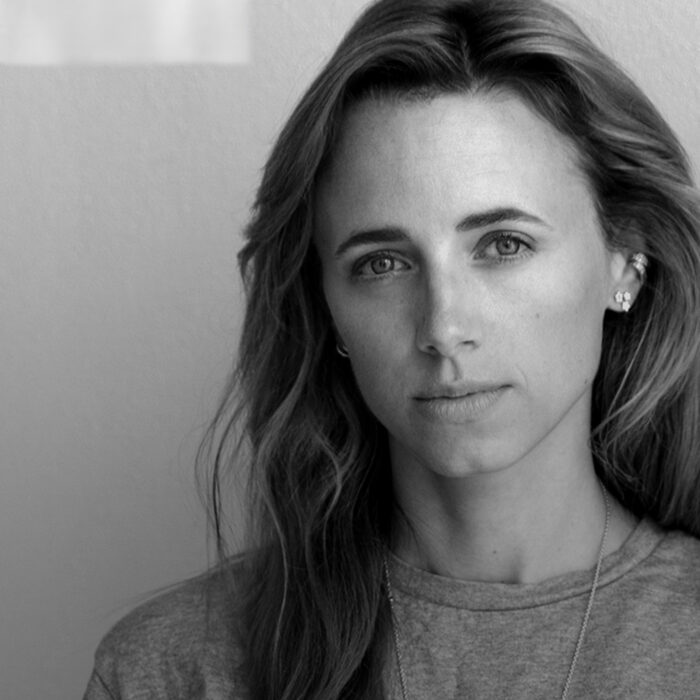 Disrupting The Charity World With Milkywire

Nina Siemiatkowski is the founder and CEO of Milkywire, a platform that brings people who want to improve our world closer to the people in the field who are working to protect and restore our planet.

Nina Siemiatkowski founded Milkywire in 2018 in Stockholm, Sweden. Having spent six years engaging in conservation of wild lions in Africa, she realised, based on her own personal experiences, that there needed to be a platform to bring people who want to improve our world closer to the heroes in the field, who are fighting for our planet day and night.

Through her acclaimed photography project Book of Leon, Nina got to see, first hand, how some of the best projects to save wild lions were struggling financially, and how they were in need of digital tools and marketing expertise in order to allow them to reach people who care about their work.

“The problem, as I saw it, was it was super hard for me to find them, to connect with them, to support them with funds. And the whole process was so complicated.”

And then the realisation hit her – it wasn’t just lion organisations that were struggling, it wasn’t an isolated incident, it was the case for other species, for climate change, for so many people out in the field fighting the good fight, day and night, to make an impact, to bring about change.

How can you connect the rest of the world, the people who also care about these things but don’t have time to do anything about it, and want to donate instead, how do you connect them to these important causes?

As a mother of three, a tech investor and former marketing executive, Nina felt obliged to take action. Milkywire was born – connecting people across the universe.

The challenge of being an entrepreneur

Part of the problem, says Nina, is that we are all so distant to where the actual problems are. We are disconnected by several thousand kilometers and people don’t wake up everyday thinking ‘Oh, today, I’m gonna save a species, or I’m going to clean the ocean’, says Nina, people wake up and think about getting coffee.

One of the biggest challenges of her job, therefore, is to make it easy and attractive enough for  people to take action. Not just to think about the problem, but to actually take action and do something tangible about it.

Milkywire is a tech platform consisting of an app and a website where people who want to get involved with grassroots projects can support them directly. But that isn’t all they’re doing.

They’re also thinking about ways to engage with people without asking too much of them. And so they have created an employee engagement programme where employees of a company that donates to charity can decide where their portion of donation will go directly on the Milkywire app. They’ve also partnered with a fashion brand where a piece of every sale will go to charity. They have different forms of collaboration so that we as consumers, no matter what we do in our daily lives, we don’t have to make a huge change to contribute and make an impact.

“It’s actually connecting the people, the projects, the impact into your everyday decisions, which is also digitising the charity sector”

“A lot of times when you make a donation or you contribute to a charity, it’s a faceless experience. You don’t necessarily hear back, and you don’t see the people actually doing the work on the ground. Through Milkywire you actually get to see who they are, you can ask them questions directly, you can follow them on a weekly basis, it brings you much, much closer.”

Milkwire connects to you a charity, to the people running it, to the people doing the work on the ground. It makes it a much more rewarding experience to donate.

And while running Milkywire may be Nina’s duty, it isn’t too far removed from her passion.

“I think that my passion is really improving things, getting things done and really, always trying to make the best out of things.”

Live outside of your comfort zone

When people have a choice, they tend to go into the comfort zone, not outside it, says Nina, but life to her is what happens at the edges. It’s all too easy to see how people end up in the comfort zone, choosing a comfortable existence, rather than challenging themselves. Because change, while it’s incredibly rewarding, can also be very scary.

“When I’m 90 years old, and I’m in the winter of life and looking back, and realising I didn’t dare, that scares the hell out of me to be in that position. So I always go to that 90 year old version of myself thinking, ‘What would she have done?’ And try to lean into that. Because I’d hate to regret anything.”

So how do you overcome fear and tackle mountains? Nina’s husband, founder of Klarna, advised her to take things one step at a time.

“We’re out to try to disrupt the [charity] sector, and that’s a huge vision, to really empower and inspire people to take action beyond what they do today, to connect people around the world, it’s so big, that it’s terrifying.”

When starting Milkywire Nina’s husband told her to focus on the first 6 months.

“You give it six months, you don’t have to commit to more, and then you make a list of what you need to get done. And then you just start taking those things off. And then suddenly, six months have passed, and you’re a lot wiser.”

“Action. It’s easy to talk. It’s easy to have opinions. It’s easy to have a great idea, but to do something and take that step is always like climbing a hill. Even if it’s downloading an app, making a donation, or starting a company. I’m serious. It’s like, it really comes down to action. Who has the most patience, determination, dedication to actually do something?”