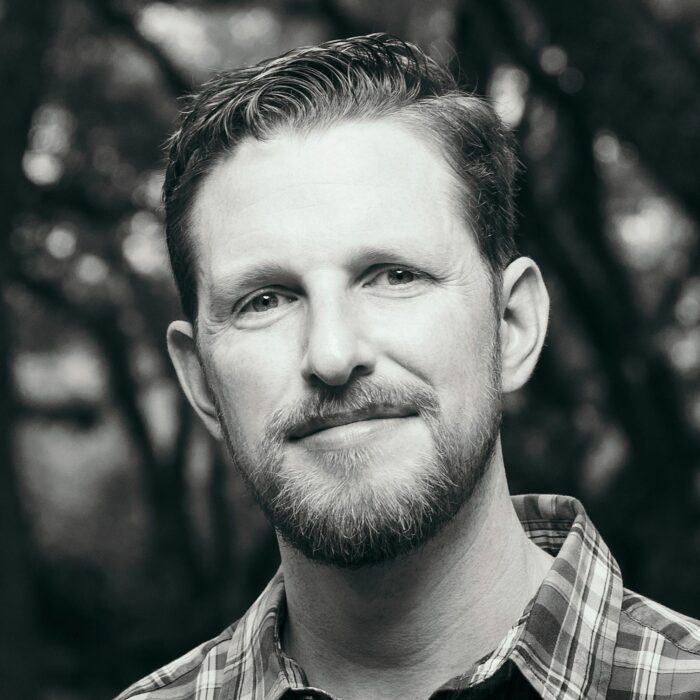 Making the Internet a Better Place

If you had an idea for a potentially multi billion dollar business, would you have the courage to make it free for the entire world to use? Because that’s exactly what Matt Mullenweg, CEO and founder of WordPress did.

After many twists and turns, today the company has nearly 2,000 employees and a valuation of $7 billion. And WordPress powers more than 40% of the websites on the internet.

So why did Matt decide to go against the status quo and make his platform free for all users? And why, almost two decades ago, did Matt decide that it was so important that the internet was about sharing and freedom and bringing people together to collaborate online?

Why WordPress is Free and Open Source with CEO and Founder, Matt Mullenweg

Matt Mullenweg turned his early passion for blogging into a flourishing business. He had an unshakable idea that users should be able to share and tweak the code that powers their websites, and that most of those tools should be free to use.

As far back as college, Matt was collaborating with fellow coders to make blogging less clunky and more elegant and intuitive. And around 2005, he pitched the idea for WordPress to his bosses at CNET, but they turned him down. So he launched the idea on his own, eventually tucking the service into an umbrella company called Automattic.

Today, after many twists and turns, the company has nearly 2000 employees and a valuation of $7 billion. And WordPress powers more than 40% of the websites on the internet.

But what was the spark that made Matt decide that WordPress should be free and open source for all users, world wide?

The genesis of WordPress

WordPress, says Matt, is a continuation of a movement that was going on way before he was born. Just look at the history of technology from the first example of free and open-source software – the A-2 system, developed at the UNIVAC division of Remington Rand in 1953, to Linux, to things like Red Hat, etc

“[Open source] had been happening for decades. [All] WordPress did was take that open source model, this idea that the code really belongs to the people, everyone using it, that we can collaborate on it all over the world.”

That was a brave decision for a 23 year old to make, so how did Matt find the courage and the resolve to stick to that decision?

“Fear is not a word that I associate a lot with. When I think of times, maybe when I felt fear, it’s often that sense of being out of control. So typically, a solution for that would be to slow down, or do some sort of check in, or talk to friends.”

Understanding the need for Open Source

To understand Matt is to understand the philosophy of open source. In fact, says Matt, he feels like he’s more in service to the idea of open source than to WordPress or Automattic, because he is such a strong proponent of it. Without open source, he says, his companies simply wouldn’t exist.

“I believe, as more and more of our lives become governed by technology, it’s important that the technology that we have agency over, that we are able to influence, change, and control it. So open source is definitely the big thing in my life. And if you understand open source, you’ll get a lot of why I do what I do, and why our companies do what they do in terms of releasing code or giving extra control to users.”

The thing is, in the next 10 years, one billion more people will be coming online. With broadband, more advanced devices, the march of technology is hard to counter.

But it’s just as exciting, says Matt, to think about how much creativity is going to be unlocked in the world when suddenly these extra billion people have access to the world wide web.

And, says Matt, if that happens successfully, the internet will become a little weirder, a little more unique and individualistic – which is perfect. Because who wants a cookie cutter like Twitter or Facebook? With these platforms every user is the same. You can’t change the format, the font, even the colours.

“But gosh, I think of how kids decorate their rooms or their lockers at school, or how I love visiting people’s homes just to see what it looks like. How does their personality and passions translate into what they care about and how they set up their place where they live?”

The defining moments of Matt’s life

One of the most transformational moments of Matt’s life, he says, was being accepted in the High School for the Performing Visual Arts in Houston, Texas.

“That kind of environment was just so generative, and so creative. And so just very open. There were very few cliques, or anything in the school, it was really more about your art area than it was about your background or where you live or anything like that.”

The next transformational moment was moving to San Francisco in 2004. It was just post the dot.com crash and the people who were left were the mercenaries, because the money had gone.

“And so the folks who were left were really the missionaries, they were the ones who truly believed in the potential of the web. And what we were trying to co-create together. So that definitely put my life on a different path as well.”

Fast forward a few years to 2007, two years after founding WordPress, and Matt was just 23 years old. He owned more than half of the company, the rest was owned by investors, and he got a big offer to acquire Automattic, the company behind WordPress, and he turned it down.

“The simplest question that really clarified it for me was – if you had $100 million, what would you do with it? Money is a means to an end. It’s not like you swim around in it like Scrooge McDuck. So what would you want to do? And I realised that, what I would want to do was exactly what I was doing. Well, I can do this now. So why don’t we keep doing it?”

And to his surprise, his investors said well, if you’re saying no to this money, where are you going to take the company, and he decided then and there that Automattic was going large.

Today they have a team of over 2,000 people spread across 100 countries, and at the core of it all, lies a love of the internet.

The long term solution for business

The long term solution for business that should be universal for all companies, says Matt, is that companies should strive to create more value than they capture.

And while that’s going to be difficult for different businesses, Matt is optimistic as new generations enter the workforce that they’re changing companies from the inside out.

How to stay connected

There are three things Matt’s mum tells him to do to stay grounded and connected: hydrate, get sleep, and get out in nature.

“There’s a book by John Medina called Brain Rules. And I bought this book like perfect, I get to learn things that will help my brain. And the first chapter was exercise. I was like, what, what is this?.”

The importance of getting together

Now that the world is opening back up again, Matt is enjoying travelling around once more, visiting colleagues and users across the globe. And one of the events he’s excited about was WordCamp Europe.

This is one of many volunteer organised WordPress events that happen around the world. At the 2022 event held in Porto, 2,300 people showed up.

“I really enjoyed being able to see the community in person again, although we’ve famously been distributed and remote since we started, a key part of our ingredient was always getting together.”

Contributor day is one part of the conference. Users sign up to attend and they learn how to contribute to some part of WordPress – a translation, or marketing materials, or code, etc. And for this day, this year, 800 people showed up.

“It’s funny, I preached being remote for 17 or 18 years. I even have a podcast called distributed, and now I’m preaching, hey, we need to see each other a little bit more, still live and work wherever you want. But let’s get together a few times a year and really connect.”

“It’s named for Audrey Hepburn who has always been a big inspiration to me, her grace, philanthropy and everything she did for the world.”

While he makes investments through Automattic, his interests don’t lie solely in that realm. And he wants to be able to invest in things that Automattic would never do, or never invest in.

“The cycle of generosity is a huge part of why Silicon Valley is successful, actually, it’s because the angel networks, everything, invest money, and you invest it knowing it could fail. I’ve invested in the same entrepreneur two or three times for different companies. And that’s part of the deal. It’s not necessarily about a monetary return.”

What companies need to focus on

Matt believes the culture of a company is one of the most important things the company should be focusing on:

“As a CEO, I’ve always spent about a third of my time on either hiring, or internal people stuff and making sure our existing folks are happy and productive and doing the best work of their careers. I can’t think of anything more important in my job.”

The company also has what they’ve termed ‘HR Wranglers’, people who go around the organisation having conversations with employees and learning about how they’re doing, what’s going on etc.

They look for patterns in teams, i.e. see if people are leaving a team because of bad managers, and making a tweak here and there, suggesting coaching, or training classes.

“It’s very much like a game of inches, if you will, to the football metaphor, it’s a lot of small tweaks. But this adds up to something that can be really positive. And learning and development is definitely something that’s been on my mind the past few years a lot.”

Having hired 700 people in the last year, keeping on top of culture in an organisation of that size requires dedication. And so every new employee is taught about the lore and history of Automattic, why and how they do things they do, what makes Automattic a little bit different.

What the world needs most right now

The world, says Matt, needs kindness most of all right now. We need to be kind to each other, to realise that everyone is going through their own struggles, including people we perceive to be evil or bad.

“There’s something in their life that led them to that pathology and maybe an environment which was really violent or didn’t love them or they didn’t get something. And so having the space to hold kindness for all living beings, I think would probably be a good start to improving things.”

If the talk resonates with you, we’d recommend you listen to this episode too: Seth Godin