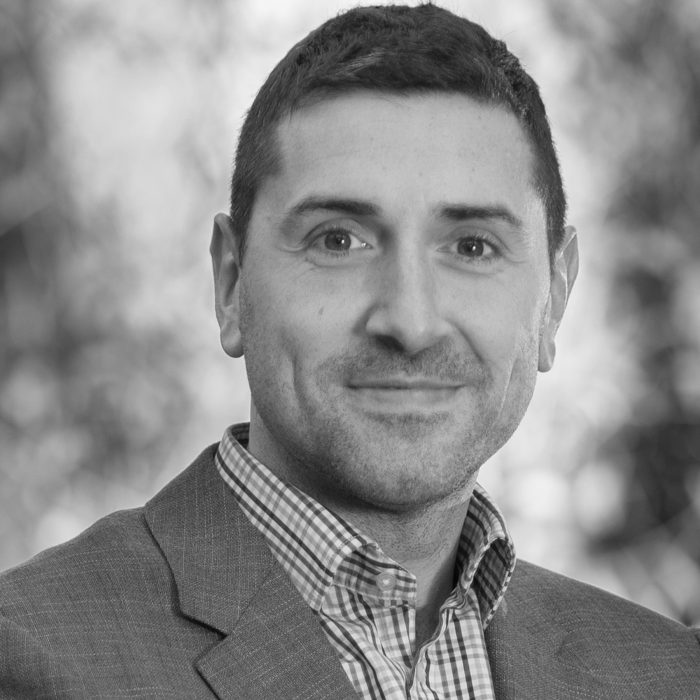 Marco Bertini is associate professor and chair of the marketing department of ESADE Business School in Barcelona.

He is most interested in helping companies develop better pricing strategies, enabling them to think through the way they profit from the value they provide, and from their hard-earned differentiation, by never losing sight of their customers.

The shift from selling products to selling value

“This is a story about technology at the end of the day,” according to Marco. “Technology is always changing, and it’s changed in one fundamental way in the last few years.”

Companies now have the opportunity to stretch their knowledge about customers all the way to the actual creation of value, which gives companies in nearly every market an opportunity to change the way they make money.

Companies typically make money by selling a product or a service with the risk being on the customer. But now with new insights we have from data, technology, and research, we can actually measure this risk. Customers can now say,

“I try to show a path forward,” says Marco. “I try to help companies wake up and say, if you’re not going to move like some of the examples I’m showing, somebody else will move for you.”

Since the publication of the famous article “Marketing Myopia” in the 1960s, we’ve been told that customer orientation is key. “When you create value, you don’t make stuff and push it to the marketplace,” says Marco. Instead, you think of the customers first and what they want, and “reverse-engineer your solution to those needs.”

When it comes to the back end of that process, converting that into revenue, companies often forget the customer. When their finances are at stake, it all becomes about the bottom line, and prices are based on that.

These companies are called “cost-plus pricers”—they base prices on their costs. According to Marco, this is a terrible idea, because as a company you also need to get your fair share of revenue from the value you’ve created. That fair share helps you fund new innovations in the future, which you need to continue to provide solutions to customers.

In order to have a much healthier top line, Marco says, it’s a much better idea to start from the top and then work your way down if necessary. Start from the value you provide.

Marco is passionate about this topic. When he was doing his PhD studies, in his second year his advisor handed him an article about airlines using fees and fooling customers. That article caught his eye, and his own research is at the interface of economics and psychology, what is now called behavioral economics. He has always been fascinated by prices from a psychological sense.

A price is a pretty rational thing. It’s a number. It’s objective. It’s short, concise. But it carries so much meaning. He is interested in how something so economical, so rational, can be used as a branding tool.

From there, that passion evolved. When we talk about pricing, a lot of times people think “tactical” and “dirty.” His message is all about how pricing is actually not like that. The moment you can put meaning into something, it helps sustain and grow demand over time, making it something that isn’t tactical. An organization has to generate revenue, so there’s nothing dirty about asking for a fair price for the value you create.

Companies spend so much money creating value, doing good in society, helping customers, but then when it comes to actually turning that into revenue, it’s heuristics. Marco is most passionate about trying to get companies to understand that if they want to continue doing what they’re doing, they have to do better in this way.

The starting point for most companies is the price setting process. Typically when Marco works with a company trying to overhaul their revenue strategy, rather than starting with the “how much” question, he starts with the “what” question.

What are customers actually paying for? This is a business model decision. Is the company charging for the means, for access, for consumption? This is an important strategic decision because it affects many things in the organization. Once the company has decided the metric by which revenue is created, then it can decide how much to charge.

When it comes to how much, Marco delves deeper with companies to think about the different ingredients that go into a price setting process. What are the different inputs needed and how will they be combined?

In a marketplace where customers have different valuations for the same thing, the third step is about setting rules for varying prices, which is what economists would call price discrimination. This sounds like a bad thing, but essentially it is tailoring prices to the different valuations that are found in the marketplace, which is necessary and fair if done properly.

The last step in this framework is developing arguments to defend prices. There’s a process for selling value to professional buyers, for example, and also for maintaining value against competition.

Customer orientation is a 360 process

What he means by customer orientation is if a company is going to do well in business, it starts with listening to customers and working inward, because markets don’t exist unless there are customers.

His specific works lies in the back end of the customer orientation process. Once the value is created, what does a company do with it, and how does it claim its fair share?

One common problem he sees is that organizations are still way too internally driven. If a company is going to do well for society, e.g, its customers, it needs to re-engineer itself from the idea of the customer journey.

Customer orientation is a cyclical process.

“If you don’t take it 360, you’re shooting yourself in the foot. Don’t make it an afterthought.”

The slow erosion of differentiation

The transparency that’s brought on by technology and data analytics has many benefits, but it also seems to be rushing people to a kind of lowest common denominator, according to Marco.

Technology allows companies to differentiate themselves better because they have more information, but at the same time it makes them more open to scrutiny, creating this dichotomy.

Customers are better able to scrutinize companies and their practices, and if they’re not happy, to make those things social. This creates a situation where differentiation is paradoxically eroding.

“If there’s one thing we have to be careful of it’s the slow erosion of differentiation.”

says Marco. Companies need to be cognizant of this and leverage the data they have to convert it into something that is meaningful.

The attention span of customers is getting shorter, and it’s much harder to stand out. But that’s the foundation of success: standing out in a meaningful way. It might be easier to create meaning now, but uniqueness is eroding at an alarming rate.

If the talk resonates with you, we’d recommend you listen to this episode too: Michaëla Berglund