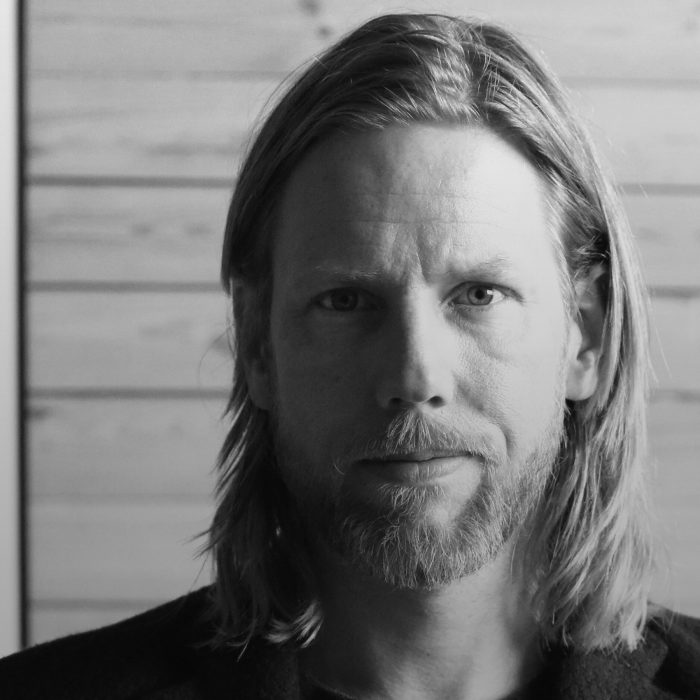 Kristoffer is a popular podcaster and host of Värvet, Sweden’s favourite podcast. What makes the podcast so incredibly relatable is that he has very deep dialogues with a very diverse crowd of people – from filmmakers to artists to business leaders, Kristoffer has interviewed over 400 people so far, and counting.

What is it about Kristoffer Triumf, popular podcaster and host of Värvet, Sweden’s favourite podcast, that makes him so personable? From filmmakers to artists to business leaders, Kristoffer has interviewed over 400 people so far, and counting, and his podcast has had around 90 million downloads to date. So he’s clearly doing something right.

Besides having a voice that you can’t help but be drawn to, he has also developed the art of really listening to what his guests are saying. A skill that he believes is underrated in our current climate.

As such, Kristoffer leaves time for his guests to truly reflect on each question before they answer, meaning they can express what they want to express and he doesn’t interrupt them, nor does he cut them off short. In a sense, Kristoffer affords his guests a sense of psychological safety.

But not only has Kristoffer honed his listening skills, he also has a genuine interest in people – a trait that is very unusual nowadays, but something that needs to be encouraged in more people. Because with a genuine interest in others comes the ability to really connect with someone. And when we connect with someone, we can learn a lot more from them.

“I think it’s always important to understand someone, to learn from people, to understand where they come from, you know, why do they do what they do?”

Kristoffer had a dream to be an artist or a creative, but it took him a really long time to realise that he had to give his dream some space to develop and to listen to it.

“I was super busy working for other people and sort of just, I don’t know, it felt sort of embarrassing [to dream]… [in Sweden] you’re not supposed to think that you are something and to stick out.”

But he did follow his dream, because he is now the host of Sweden’s most popular podcast. So what prompted him to do something about it?

“I realised at the age of, I don’t know, maybe 37 or something, that in order to be a good dad I wanted to do something creative that I would be proud of. And I was curious also with people, I always have been. So it was sort of like, perfect.”

But the sticking point for Kristoffer, as is the case for a lot of people, is that he was waiting for someone else to make his dream happen for him. He didn’t have the self-motivation, the mentality, to do it himself. It was the birth of his son that kicked him into action.

“I was sort of waiting for other people to make me. Like to get stuff to happen to me. When he [Kristoffer’s son] was born, I realised that I couldn’t do that anymore. I had to make stuff happen. I realised also that life is pretty short. And waiting around rarely helps anyone.”

“I don’t have the confidence to think that I could learn stuff on my own. So I have people coming here telling me about life, and then I sort of grow with that. And yeah, I’m still growing.”

Discovering what life is really about

So what is it he’s still learning about life?

“I feel like life is about expressing who you really are. We have all these kinds of layers and stuff, unconscious stuff that we’re doing, and we have carefully crafted masks of different kinds. And I think with time and age, that’s the beauty of becoming a bit older, is that you realise that they are there and you actively work on taking them away so that you can express who you are.”

But the worst thing we suffer with is not being happy, or not knowing what to do with our happiness. We like to believe we have a greater purpose than the one we are currently fulfilling. But happiness is a first world concept and problem. And one of the ways that people find true happiness is by helping others.

And that is just what his podcast does, he helps listeners by connecting with guests and allowing them to open up and share their experiences.

A lack of vision

“What happened to having a vision, you know, it’s like nobody has dreams anymore”.

From politics to a lack of leadership, not having a vision impacts all of us. It means we aren’t attracted to what political leaders have to say, which might explain some people leaning towards more extremist movements, because they at least have vision.

And companies, companies are one of the most clever systems we have in place, they’re organised, they’re effective, but when they lack vision, they don’t operate at their best.

“We could use companies in a much, much better way by having great leaders that also have great visions, and through these companies, you can drive great stuff in society.”

So having interviewed over 400 guests, what is it that Kristoffer thinks the world needs most right now?

If the talk resonates with you, we’d recommend you listen to this episode too: Jan Broman