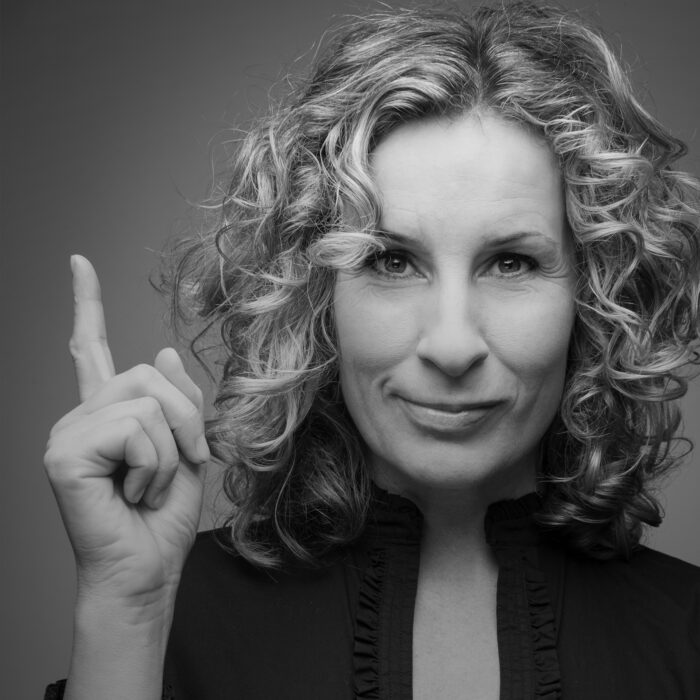 Katarina Graffman holds a PhD in cultural anthropology, and is a pioneer of consumer anthropology in a commercial context. She’s worked with clients such as IKEA, Volvo, Bloomberg, Swedish radio and BBC among many others.

How can a cultural anthropologist help some of the biggest companies in the world? Accomplished anthropologist, author and trainer, Dr Katarina Graffman, says what people do, not what they say they do, is her business.

An anthropologist doesn’t simply go out and study people’s behaviour, they focus on the natural course of social behaviour, studying holistically, taking into account every aspect in that specific culture or context that influences the social behaviour.

Only by having a full holistic grasp of the situation, does the anthropologist have an understanding of the cause of certain behaviors. And for companies looking to take the edge on the competition, having an anthropologist working alongside them can be revolutionary. No other method yields such a humanistic perspective.

Which is why Katarina is in demand.

So what are the prejudices surrounding consumer behaviour right now?

“Right now, I would say it’s the intention to be sustainable. Attitudes around sustainability are growing, and people are becoming more and more aware. But then when it comes to real life, so many things happen, and they are not acting sustainably.”

One of the key misconceptions is that people are willing to pay more for a sustainable product, despite it being of lower quality than the conventional one. Who would pay more for brown bananas? Asks Katarina.

Money talks, she says, when it comes to food consumption, many companies are solely listening to attitudes, rather than observing customers’ actual behaviour.

So why do big companies want to understand consumers better? Is it simply to be able to manipulate them more efficiently? Or is there a genuine interest behind their studies?

Both, says Katarina, you have to genuinely want to understand people in order to give them something they want in the future.

“Advertisements and marketing is about manipulation. And if you really want to do marketing, that really touches people, you really need to know what drives people and what kind of meanings they put in different products or behaviour.”

Nudging isn’t a new thing, it’s been a marketer’s tactic for years, but we are more exposed to it and aware of it now, whenever we go to the shops or online, we’re nudged. And it’s such a successful tactic because we are programmed to think rationally, but nudging makes us irrational.

And if you want to change people’s behaviour you need to change the way they think, getting us to think irrationally isn’t going to do that.

“To change people’s behaviour, especially when it comes to sustainability, I would say that it’s much better to make people change behaviour consciously, because then you change their minds, you change norms.”

What tools does an anthropologist use? Well, they carry out ethnography, that’s the method of spending 1-2 years studying in the field. You can do both shorter and longer field studies working for a company – the general idea is that it’s an open ended approach.

The difference to the method most companies usually use is that they begin their study already deciding what the issue is, they need the research to prove it. This limits their thinking. An anthropologist on the other hand goes out and tests for what is wrong. They go looking for the white spaces.

“So you actually go out and study a group of people, or you study a behaviour or how people use the product. And it’s very open ended, which means that you actually find the white spaces. And for me, the white space is the thing that’s actually the problem that the company doesn’t think of at all, because they are very focused on what they already have defined.”

Anthropology in that sense is a much more holistic approach allowing you to understand the whole context.

“Everything goes together with different aspects in our lives. Anthropology is the study of culture. And if you study culture, it’s about understanding how things in life connect to each other. So that’s why you can’t pick a behaviour or a product from its context, you have to study the whole context.”

Gen Z are the first digital generation. Katarina has been focusing on them to see how the media is changing our way of being human. Humans are social and the internet has made us more social.

Gen Z are using the media to strengthen their social relations. They’re in groups all the time, discussing things in groups, they won’t make a decision until they’ve discussed it within their group.

“And I think that’s interesting, because that will actually be something that most companies, politicians, and organisations have to think of in the future, because we think of this rational person who, by themself, collect information and make a decision. And that’s not what we see today. Because they are not doing that, they have to mirror every decision in different peer groups before they can make a decision.”

Pros and cons of Gen Z

From a humanity point of view, where is Gen Z going? They’re very digital, they embody media, they are the digital generation. They don’t separate being digital and being in real life.

“It’s even more incorporated in that sense. And, of course, because we as a society are becoming more and more digital, and that’s a good thing, they are digital in their identity in that sense.”

Gen Z is very diverse. Everyone talks about Generation Greta (Thunberg), but that is only a very small cohort of Gen Z. Gen Z, on the whole, are hyper consumers. But companies believe most of them are driven by sustainable values, and that’s just not true.

Which reaffirms Katarina’s belief that our values and behaviour are very separate.

So is there a long term solution for companies? A common denominator?

Katarina says companies have to make the distinction between default thinking and sense making. When you work for a company and you have a long term vision for the company, you’re sense making. However, Katarina has found that more and more companies are becoming less and less interested in long term strategies. They’re more focused on fighting fires on a short term basis.

But, advises Katarina, if companies want to make real change, especially post pandemic, they need to do more to figure things out for the long term.

We need a cultural evolution. We live in a consumer culture and if you can change this culture, then you can change how people behave, because we need to change norms to experience actual change. Leadership is what will get us there. If we have good leadership it will activate us to see more clearly and work together as a group.

So Katarina’s advice to leaders is this:

“One of the actual main driving forces for people to change is actually to have lighthouses, people that you look up to, people you follow, or you listen to. “

If the talk resonates with you, we’d recommend you listen to this episode too: https://corporateunplugged.com/ma-steinsvik-2/