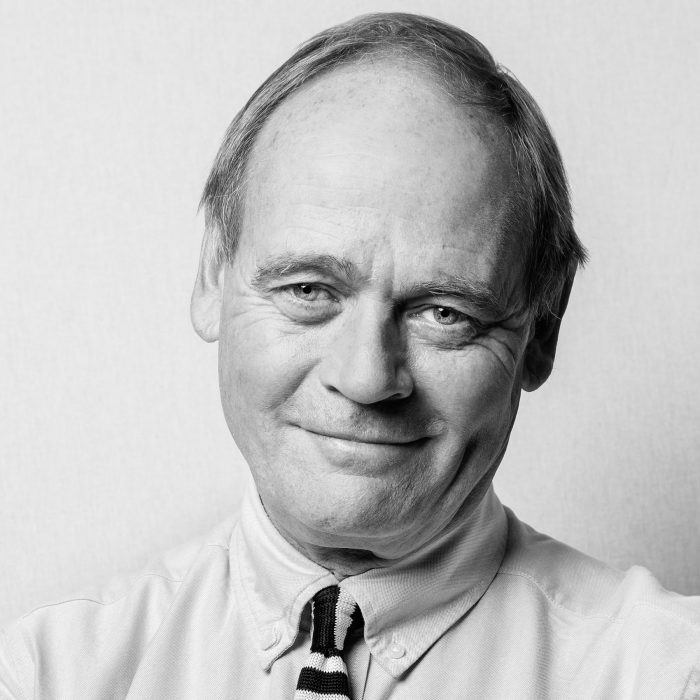 John Lloyd CBE is a legendary English TV producer and writer best known for his work on comedy TV programmes such as “Not the Nine O’Clock News”, “Spitting Image”, “The Hitchhiker’s Guide to the Galaxy”, “Blackadder” and “QI”. Today John talks about using comedy as a unifier, turning disasters into gifts, the curse of our current education system, his advice to business leaders, what makes a good brand and why we should start with ourselves if we’re planning to create change.

Using comedy as a unifier

Comedy is a brilliant tool for almost anything. If you can get a comedy ad right, it’s the most effective way of advertising. It’s also a wonderful tool for political satire because you’re able to express different points of view in an unthreatening way. If you’ve got people laughing, you’ve got them listening.

Most comedians in the UK were men in the past. This changed radically in the past five years. Comedy is no longer part of the patriarchy.

What does it take to become a good comedian? Persistence, determination and luck are the qualities that make the difference between two people of equal talent.

Disaster as a gift

John likes taking subjects that look dull and turning them into something funny and interesting. What drives him is ideas, making them happen and sharing them with people. If you have fun, if your life is interesting and if you believe in what you do, you don’t need a lot of money.

Most of the things that have happened to him that turned out to be transformative and useful started off horribly. He lived with these events thinking that they were disasters for a long time, until he was in his 40s. After that he started changing his perspective and seeing them as gifts in disguise.

The curse of our education system

The curse of our current model of education is the one-size-fits-all model. We are all different and we respond to different things and yet so much of our modern lives is about metrics. If we cannot measure something, then it’s no good.

John believes that, generally speaking, the people who don’t do that well at school, the ones who don’t fit in the box do very well later in life. Entrepreneurs are often a disaster at school. They’re often dyslexic, rebellious, they leave school very young. Students nowadays are expected to get straight As in 10 different subjects. It’s completely mad.

What we need to teach is how to learn, how to face things. As humans we are very good at solving problems we’ve never seen before. School doesn’t teach us that. It teaches us how to solve the problem once and then remember what the solution is.

John’s advice for business leaders is to find good people and leave them alone to learn. You’ll get much more out of people if you don’t nag them. In most meetings in most businesses most people wait for a HIPPO (HIgher Paid Person’s Opinion) to come along. You wait to hear what the boss thinks before you express your own opinion.

A good brand tells the truth in a way which is effective, popular, economically viable and which adds value to people’s lives. A brand that doesn’t do that is just a money machine that will make everybody unhappy.

Creating change by starting with ourselves

We are in a really difficult place in the world at the moment, there is so much social unrest. John believes that to try and change the world is impossible, because where do you start? We should focus on changing ourselves.

The more generous, thoughtful and altruistic we are, the more we get back from people.

We should focus on becoming better, braver, kinder. We should work harder and listen more. If we’re lucky, every person we’re nice to will in turn be nice to other people.

If the talk resonates with you, we’d recommend you listen to this episode too: Link to Tiu de Haan