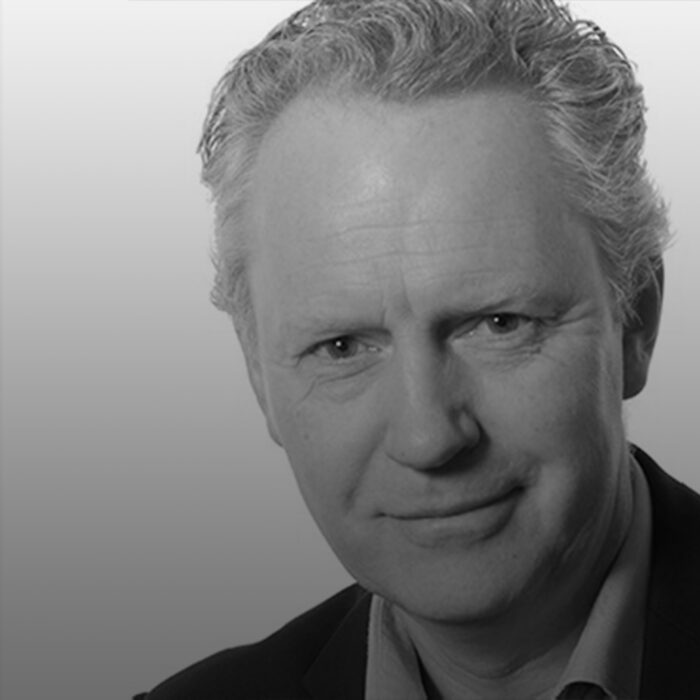 How To Facilitate Change Through Building Connections

Charles O’Malley works at the intersection of personal organizational and societal transformation. He has two decades of experience working on social and environmental issues with everyone from startups to large corporations and governments.

“Hope is not a belief that things will turn out well. Hope is more of an orientation to life, that regardless of how things turn out, it’s still worth doing.”

Charles O’Malley’s work bio is filled with systems change and systemic change. He has a decade of experience from the finance and venture capital industry, and now he’s working as Senior Systems Change Advisor at the UN Development Programme, where he focuses on how to accelerate transformation in global food and agricultural systems.

“I love my job title: Senior Systems Change Advisor, a new one I invented for myself earlier this year, having led our private sector engagement work for the last three years. It’s a dream job because the remit is to see how we can change the Global Food and Agriculture system.”

“What I discovered working at the UN level is that there are quite a lot of technocratic thinking and habits that are integrated into the organisational design and culture and the way the international development community works.”

While there’s a bias towards technocratic solutions, the reality of systemic change is more complicated than that. There is history, culture, psychology and organisational change to take into account. Charles says it’s all too easy to try and ignore these factors when trying to make change, to discount them, to think “if I can just change this one policy, I’ll affect change”, but it doesn’t work like that.

He learned the hard way, by getting frustrated in his role with the technocratic nature of thinking and behaviours, both inside and outside of the UN system. But he soon found his aha moment:

“The stuff that feels like it’s stuck and is getting in my way, is the work that needs to be done. And it’s basically understanding what is stuck and then figuring out how to unstick it is the core nature of the role.”

The UN is set up to deal with highly complex systems. But it’s a mistake to think that you can figure out what needs to happen in advance, what needs to change, and that you will then get on and do it, and that you will get predictable results. While this may seem like a simple solution to fixing global problems, change is both way more complex and much more simple, says Charles.

Change happens so much more in the moment. And it’s not about processes and systems, it’s about building greater connectivity of relationships between the different actors within the system you’re working in, to increase their level of understanding of each other.

“Typically, they don’t connect, they don’t understand each other. So just helping people get a broader, wider perspective, can enable them to make more intelligent decisions that take into account the wider systemic factors.”

Once connected, you then have to keep the conversation going. You have to help people align around it, to understand what the nature of the problem is they’re trying to solve, what direction they’re trying to go, what hypothesis they have around how change can happen.

It’s about keeping channels of communication open, so that the collective intelligence of the system is enhanced, allowing everyone individually and collectively to act in more intelligent ways.

“When you boil that down into super simple language, it’s basically connecting people to have conversations.”

“The way you build trust and relationships is much more human. It’s about connecting human beings to meet each other, to get to know each other, to literally develop a shared understanding and trust.”

If you’re technocratically minded, building these connections can seem like ‘niceties’ that get in the way of doing the ‘actual’ work, the technical fixing work. Which brings us back to why Charles finds his work so fulfilling – because for him, the real work is the soft, relationship building, trust building stuff.

“My hypothesis is, the more time you spend on that work, the easier the rest of it becomes. And the more naturally and organically it flows and happens.”

Connecting to a sense of purpose

“From my childhood, I always felt that life should be about making a difference and a contribution and something about finding meaning.”

And that has instilled a lifelong desire for Charles to discover what his contribution will be. A few years ago, he had this notion of what he calls ‘catalysing the connection revolution’.

We aren’t individual, isolated objects that arrived from outer space, says Charles, we are inseparable from the planet. We grew out of the planet, we need a sense of connection to the wider whole.

Connection could be the solution for our many global challenges, says Charles, because so much of it stems from disconnection. We believe we can harm others, harm the environment, that we operate in a vacuum, but that isn’t the case. Our environment is a part of us. It’s not ok for others to live in poverty, to allow ecosystems to collapse – we aren’t separate from it.

From VC to the UN

Charles has always had an interest in how change happens and how to facilitate change. And he’s always felt that organisational forms are simply social constructs. Our ideas about business, governments and civil society are just convenient fictions. How these different types of organisation operate isn’t set in stone.

“The way business operates, the way the government operates, these are just a set of rules that got invented, evolved over generations.”

Governments, therefore, need to be more adaptive, more entrepreneurial. Business needs to broaden its circle of concern and not just focus on the bottom line, but their wider impact. And they both need to work together. Governments need to raise standards and to set in place legal minimums for all businesses to operate.

While Charles has spent his life searching for meaning in his contribution, his transformational moment came when he did a Masters within the School of Business of Bath University, which was co-founded by Anita Roddick, the founder of The Body Shop.

“It was the first time in my life in which different threads that previously had felt competing with each other suddenly came together in an integrated manner. I found a worldview which felt integrated and satisfying.”

It’s challenging to live in a time of transition, says Charles, because the further ahead your insights are, the more you can find yourself at tension with the way things work currently.

“More progressive thinking business leaders need to think about how they give more encouragement to politicians and policymakers to really change the rules of the game, change the economic parameters we operate within.”

There are always going to be trade offs, says Charles, take the food market, for instance. Customers will say they want organic, ethical, fair trade food, but they don’t necessarily want to pay a premium for it, especially if they’re struggling financially. They’ll choose the cheapest product because they’ll prioritise their family’s survival over changing the food chain. The families involved in the supply chain become invisible to them. It requires governments to change the rules of the game for all, for the good of the greater whole.

Make change with the resources you have

Instead of dreaming about having all resources available to you, make change within the limits and constraints you’re currently up against, says Charles. Slow down and unlearn what you think you know. We are all stuck in reactive habits of behaviors. We are programmed to have automated, unconscious responses.

“Rather than judging others and trying to fix them, or change them, systemic change work is to understand where somebody else is coming from, to get in a place of empathy, where you can meet them, where you can build trust and relationships, where you actually have the potential and possibility of changing something.”

Why leaders need to slow down

Charles’ advice to leaders is to slow down. To focus on what’s really necessary. To unlearn what you think you know and be open to saying ‘I don’t know’.

“Great leaders have an ability to not know, an ability to be humble, and that enhances your listening capacity. Because if you come in, not feeling attached to an answer, and be more curious about hearing from others, and understanding others, then the chances of seeing something different, or learning something new, are far far greater.”

We need to accept that what we’ve been doing up until now hasn’t been working. We need to do something different. And we do that by slowing down, by unlearning what we think we know, and by being curious about learning something new.

Leaders and companies need to think bigger picture, longer term, for the better.

“The truth is that everything is fundamentally interconnected. And so when you live and act from a place of disconnection, and behave as if we were disconnected, that will have negative consequences in various different dimensions.”

If the talk resonates with you, we’d recommend you listen to this episode too: Business Reimagined with Rebecca Henderson