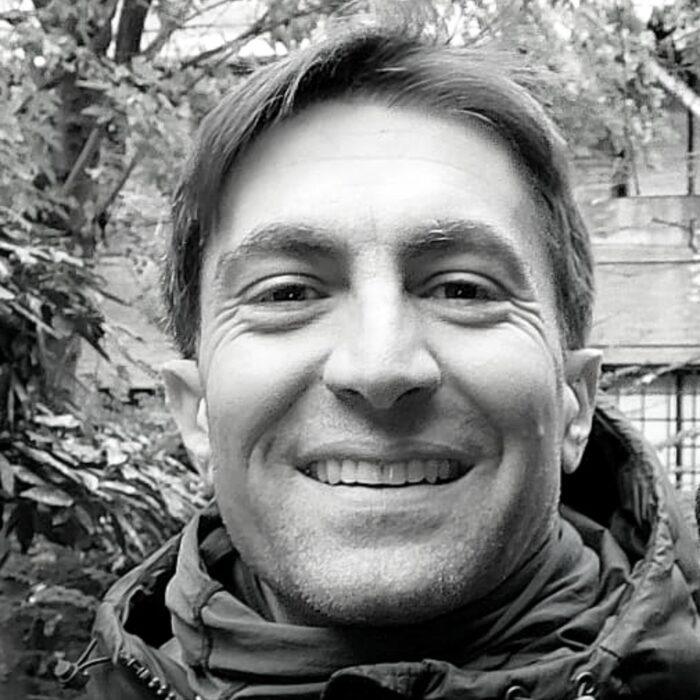 Filippo Dal Fiore is an unconventional social scientist, corporate advisor and university professor of sustainable business. Having moved back and forth from academia to the frontline of highly conscious companies, Filippo has developed a new paradigm vision for the university of the future, where science is done with a heart and a new human-centred civilisation can be built from the ground up.

Filippo Dal Fiore is passionate about ethical business and mindful leadership. An unconventional social scientist, corporate advisor and university professor of sustainable business, Filippo moves back and forth between academia to the frontline of highly conscious companies. Along the way he has developed a new paradigm vision for the university of the future, where science is done with a heart, and a new human-centred civilisation can be built from the ground up.

Currently splitting his time between the University of Bologna where he works as a professor, and working as an advisor for corporations through the Great Place to Work Institute, Filippo’s experiences in both camps have shaped the issues he explores today:

Not content with just superficially playing his role, Filippo has sought to understand on a deeper level what’s going on: why certain social dynamics take place, what motivates different human beings, and how human beings end up being able to shape beauty in different forms and make incredible new products:

“I became more aware of all the limits that stand in between us human beings, innovation, and the discovery of beauty and what is really needed. I’ve always had this orientation for the fundamental level of things.”

Bridging the gap between academia and the corporate world

At MIT, says Filippo, you are taught that you are important and you can change the world. When you leave and enter the real world, however, you realise pretty quickly that that isn’t how the world works. And that is a humbling experience.

“I was still reasoning in terms of success and failure, and it was a proving time of my life. But it was a necessary experience for me to grow up to outgrow a certain mentality. And to move to my next phase.”

Little by little, in the years after leaving MIT, Filippo recalibrated his expectations, and began to readdress the values that had been driving him. He slowly changed his mentality and started seeing the world in a different way, in a much healthier way; less focussed on himself and more on serving others.

Today, as an advisor for forward thinking, purpose driven organisations through the Great Place to Work Institute, Filippo supports companies in understanding employees better, in terms of their well being and the company’s well being.

By collecting data directly from employees and managers, and sitting down with them to discuss how they can improve the human side of the organisation, how they can create environments that are less stressful, that are anchored to human values, that are more conducive to a healthier and closer relationship with the rest of society, Filippo believes they’re bringing hope to students about to enter the business world, who are feeling disillusioned with what business can do in the world:

“They very often associate business to the problems that the world has. They recognise that [business] can be a big part of the solution, [that it’s] the most important institution we have in the world these days. They are also sometimes feeling disempowered.”

The time for doing has passed, says Filippo, now is the time to begin healing. One of the gifts of his transformation, he says, is the fact that he now has a healthier relationship with work in general.

In Filippo’s ideal future, human beings will have reached a certain level of maturity in dealing with their emotions. They will be able to recognise when they need to stop ‘doing’, when they need to focus on themselves, and their personal growth.

“A future students and young people would like to see is a future where we become much more humbler, much more able to restrain ourselves from wearing our masks and being able to say I need to unplug, I need to change my job, I don’t necessarily need to be a leader at all costs, I need to focus on myself.”

And this is key, says Filippo, because there is no ‘work life’ balance per se, there is only life work, there is no separation, these two things happen together.

Why we need to reform academia

Outdated generic intellectual and Western ideas are still dominating the many disciplines and methods that compose the academic world, says Filippo. The system currently in place is not up to task and needs urgent reform. This reform has to begin by dismantling all the divisions, the hierarchies, and the individualities that permeate the existing system.

This is part of the recent realisation, says Filippo, that there is no separation between work and life, and that actually, what’s best for you is what’s best for society as well. The more we open our eyes to the world, the more our soul awakens, and the better placed we are to see, understand, and meet the needs of the next generation.

The importance of inner growth

Meditation, says Filippo, is one of the main tools for inner growth, at least it’s proved to be the main tool for him. Innovative, enlightened companies, he says, are discovering that productivity is not necessarily a function of time; that’s simply an outdated idea that is still being preached. And it’s one of those antiquated beliefs that we have to dismantle.

“Companies, by overdoing it, complicate their lives. The moment you start overdoing, the moment you start putting in the extra hour because you have to, even if you’re tired, exhausted, then that is the moment when you are building noise for yourself and for the company. The more becomes not the better, but the contrary.”

“That’s the beauty of the Great Place to Work Institute. Because even if we don’t mention that we have love as one of our core beliefs, being loved is the ultimate source of everything good that we can do.”

Too often he says, he sees companies which are focused only on beating the competition, copying what others are doing, looking only at KPIs and benchmarks. And while these things have value, they’re tools, they’re not a modus operandi. Leaders instead need to focus on their originality, on hiring people they want to surround themselves with, on the moments when they are truly enjoying their work.

“Focus on the positive feedback that comes from your clients, because there might be signs about what your company can do to support and heal this world.”

Companies need to challenge hidden beliefs that still persist within them, that govern the way people think within that company. For example, says Filippo, one hidden belief that persists is the idea that growth is always a good thing, that it’s always desirable, that profit maximisation is the ultimate goal.

The other thing we need to learn is to dismantle ideas and become less emotionally attached to our companies. If our companies aren’t right, says Filippo, if they fail, that doesn’t mean we as humans are failures, it doesn’t say anything at all about us as people. There’s no need to attach all of our value to our career and to our companies. If a company fails we will be able to find another job, we will survive.

We need to change our beliefs, says Filippo, and since fear is the lack of love, then fear is the only obstacle in the way to love that we need to overcome.

The moment you want to change the world is the moment when you are not accepting it as it is, you are rejecting it.

If the talk resonates with you, we’d recommend you listen to this episode too: Otto Scharmer