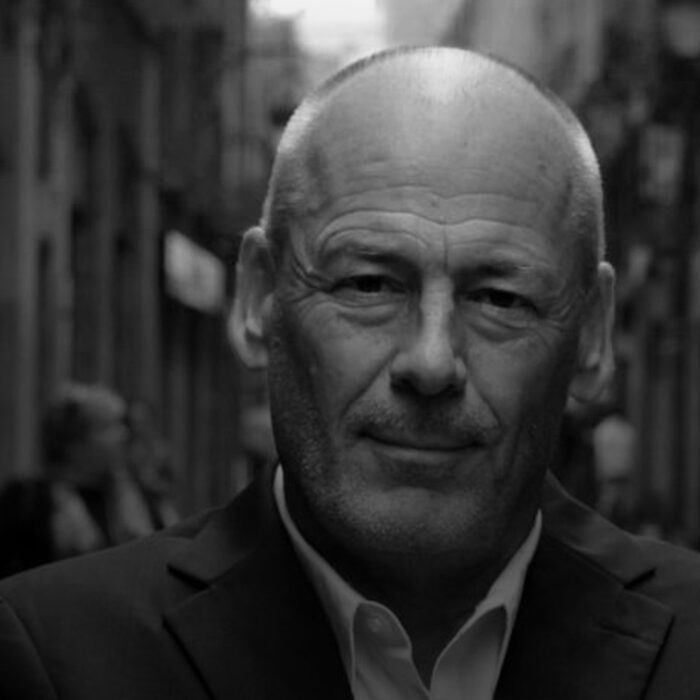 On a Mission to Eradicate Human Trafficking

David Batstone is a Silicon Valley venture capitalist, on a mission to eradicate human trafficking and the global slave trade. And at the same time, he is what you might call a social justice warrior. David is the Founder and Managing Director of Just Business social impact investment firm.

On a Mission to Eradicate Human Trafficking with David Batstone

David Batstone is a Silicon Valley venture capitalist, on a mission to eradicate human trafficking and the global slave trade. At the same time, he is what you might call a social justice warrior.

David is the Founder and Managing Director of Just Business social impact investment firm, and the founder of Not For Sale, which builds viable and successful companies and returns the profits back to the community.

David is often described as one of America’s leading authorities on ethics in the business world, both in academia and the popular press, trying to put an end to modern day slavery and to help people without voice.

But what does it mean to be a hero today?

“It’s really important to be driven by your passion and your core beliefs. I never feel that I am sacrificing my time. I’m following my own sense of purpose. And that’s so fulfilling.”

David realised, when he was a ‘more conventional Silicon Valley entrepreneur and venture capitalist’, that the world didn’t need the next version of his phone, it really needed to solve its problems. And he decided to use his network and experience to do just that.

The Not For Sale model

Not For Sale came about when David came face to face with human trafficking in a local restaurant in the Bay Area.

“I took a year’s leave of absence to investigate how this could happen. How could people be bought and sold in the 21st century?”

Initially, Not For Sale started life as a conventional charity, but when David saw that he couldn’t scale it using the traditional funding model, he knew he’d have to think creatively.

He brought together the 50 most successful and brightest people he knew: the founder of Twitter, one of the star baseball players for the American baseball teams, the biggest banker in the southern hemisphere, and he asked them to help him brainstorm, for 48 hours, a solution to a very specific problem: the exploitation of Native communities in the Amazon Abreu.

“I [promised] them that whatever business idea they came up with, my team would implement, and probably the stupidest promise I ever made, because they came up with an idea, I knew nothing about the winning idea.”

The winning idea was to create a beverage company which sourced the ingredients from the Amazon – matcha, maca, turmeric, medicinal herbs that have been used for centuries for medicinal purposes – to source them, put them into a beverage, pay a very just fair wage to the people and create economic platforms where they have a sense of social power and stability. They would sell the drink in US markets and return revenue back to the communities to reinvest in infrastructure and education. The beverage company is Rebbl.

“It’s turned out to be an incredible success. It’s one of the top health beverages in America. And we return about $1.5 million back to the communities through our revenue sharing. We create jobs, we source now in 33 countries around the world, not just the Amazon, but also Sri Lanka. And we choose ingredients for the beverage based on the most impact that we can have, through sourcing, for people and the planet, not what the cheapest ingredient would be.”

How did David get people so engaged with the beverage? By making consumers the heroes, by demonstrating that it’s their choice that can change the world, that by choosing Rebbl, they’re actively doing good in the world.

“Whether you’re a leader, a teacher, which of course is another kind of leader, or a professor, you learn most when you let go of your own knowledge and open your knowledge up for malleability for change. Little by little you start becoming more aware of the vulnerabilities in what you assume you know.”

It’s about never being too lofty that you’re not trying to understand life from the perspective of people on the adventure with you – whether that’s students, employees, a social movement, anything.

David is an artistic person who uses his creative expression to design solutions, to design companies. He has pattern recognition, whereby everyone else sees chaos, he sees a solution. He can connect the dots and create a pattern before it becomes obvious to another person. A long term solution for business, says David, is one where the economic interest of the company aligns with a better designed world – better for people and better for the planet.

“People need rules. Inspiration becomes concretized in rules and discipline that order everyday behaviour. And then you come back to the values, into the ideals to get your bearings, it’s a combination of discipline and imagination.”

He uses the example of his family meal time. He always told his kids that a meal is more than a food. And now, as adults they adhere to that value, because it was instilled in them. It’s a discipline, a behaviour that reflects the values he wanted to communicate. And companies need to do the same. Leaders need to find rules that make sense to the people, because they reflect the values and the mission of what you’re about as a company.

David encountered human trafficking in his own backyard, in a restaurant he frequented in the San Francisco Bay Area. It was a public restaurant with hundreds of thousands of patrons going through it, but to David, when he saw it, it was a spiritual calling that he needed to do something about.

“Life asks questions of us. We don’t ask questions of life. How are you gonna respond to the fact that 500 young girls from India got put into this restaurant in San Francisco and were being forced to work there? Sexually abused? What do you do with that? Walk away and do nothing?”

What David can teach the world

A lot of leaders don’t realise the contribution they could make to the wider world, outside of their industry or career, says David. Your vocation is much more than just your resources, what you’ve done, your network, who you are.

Every company, says David, needs to understand that their business needs to meet the needs of the community where it operates. And that’s no longer a luxury or an ethic. It’s an ethos they must live by. To younger people, David offers this advice: follow your curiosity and passion. It doesn’t matter what you study, it matters how you study – study intently.

What the world needs most right, according to David, is to give people the opportunity to have a say in their destiny. They need more education, more access to money or capital, more access to join an economy.

“It’s all about creating more opportunity within the framework of how that builds a better future for their part of the world.”

Finally, individual companies understand that they’re stronger, together, when they collaborate on joint ventures and work together. And so leaders need to maximise on this and realise that if you’re insular, if you’re only concerned about you, about market share, you’re going to be a loser. Because we live in a world where collaboration wins right now.

If the talk resonates with you, we’d recommend you listen to this episode too: Business Reimagined with Rebecca Henderson