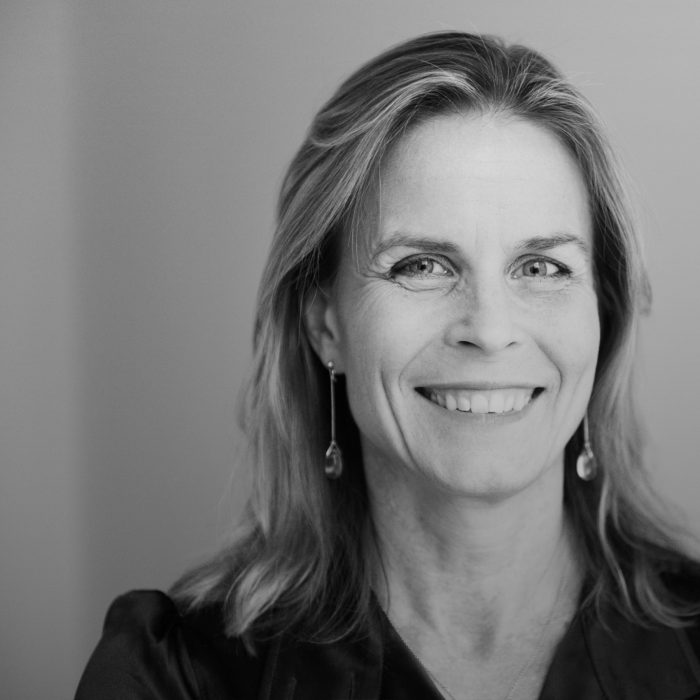 Anna Bäck is the CEO of the digital mail company Kivra. She is an entrepreneur and innovation leader who has led a number of startups in China and Sweden. Most recently, she’s been driving innovation and disruption as a design leader within McKinsey.

Making a Difference in a Positive Way with Anna Bäck

“You should be proud of what you create. If you’re not proudly talking at dinner with friends or new acquaintances about your job, then probably you should switch.”

Anna Bäck is the CEO of sustainable business, Kivra – a digital mail company. An entrepreneur and innovation leader, Anna was born in Malaysia but brought up in Sweden. She says she’s a global citizen, something she credits for giving her the ability to see things not just from a European perspective, but from a global one.

Making a difference in a positive way

“I think my passion is really to make a difference. And it has to be a difference in a sort of positive way. I have a deep interest in people and I love to disrupt markets and do things that substantially improve people’s life or daily life.”

She got the bug for disrupting markets and making a difference early in her career, when she worked with a startup telco that disrupted the telecom market; the doing good came later:

“Later on, I got more and more into doing good as being an important component as well. I feel I have so much energy, and I really need to put it toward something that actually makes a good difference.”

The importance of creating a sustainable business model

Kivra has sustainability at its heart, and as a company, they are keen to inspire others to seek the same values – to build business models that go hand in hand with sustainability and doing good.

“We say it’s great for employee branding and getting people in, especially when it’s really in the core of the owners and the management and everybody working at the company.”

Having sustainability as one of their core values has meant that the company can expand into new areas and help more people in their daily lives as well as benefit the environment. One such initiative they’ve recently rolled out is digital receipts. When you shop in Sweden now, a number of large retailers will send you a digital receipt rather than printing one out.

Not only does this reduce the amount of paper stores use, but it means a reduction in the contact with chemicals on the till receipt – better for the environment and for the cashiers who handle the paper all the time.

So how do you balance the hunger for disruption with the human emotions of fear and anxiety?

Well, says Anna, you have to have a certain level of courage to be able to disrupt markets, to go places where people haven’t been, to be able to do good in the world.

“I like to dive in. I think it’s important to have a perspective of what happens if we fail. I still remember once when I failed at the telco where I was CTO. Our CFO said to me, ‘it’s good it’s not a nuclear power plant we are operating, so it actually doesn’t matter that much.’ And I think that felt like giving it some perspective.”

We can get so caught up in what we are doing, we can fail to see the bigger picture. We think when we fail that it’s this huge deal, but more often than not, it’s not that big. Yes, it feels big for you in that moment, but by trying and failing, you give courage to people around you to dare to try things without being afraid.

“I think to try to do new services and really transform markets you just have to jump on it sometimes. The worst thing is that you have to do something else. And I think that’s fine as well.”

The importance of having a global world view

Anna’s years living in China helped shape her outlook. She says in Sweden people can rely on the state to support them when they fail or fall on bad times, in China that simply isn’t the case.

People there have to look out for themselves. Which has led them to have an optimism to create their own future, a belief that every year will be better than the year before and that your generation has a better life than your parents’ generation and so on.

And it’s that energy that she’s tapped into and takes inspiration from – the energy that enables the speed of things, a willingness to learn and understand and improve.

“The power of tech is like a black box, that if you don’t understand it, you just back off and do not try to question it.”

Anna believes that it’s important to get everybody’s view when you’re working and to strengthen people who lack confidence – to give introverts the courage to lean in and put forward their thoughts, otherwise the ‘experts’ take over and become the powerhouse of a company.

So how do you measure your success? How do you know if you’re making a difference in a positive way? What KPIs should you be tracking, besides financial ones?

For Kivra with their sustainable angle, their main KPI is how many trees they’ve saved in a year.

“It’s impressive when large corporations really try to transform themselves, like H&M and IKEA, taking a huge step forward, making their businesses more sustainable, even though their business model from the beginning is just not sustainable.”

Anna says global collaboration is the answer to solving global problems. Being able to share inspiration between countries, sharing how different companies came up with different solutions to reduce CO2 emissions, for example.

Just because we’ve temporarily closed borders, doesn’t make the world any less global. From a sustainability and social perspective, to succeed, we need to collaborate across borders.

“I can see in Sweden for example, it’s been fantastic, like how lots of employees from the car industry now moved into healthcare industries, making ventilators, helping the hospital with purchasing and organisation and building extra hospitals and so on.”

If the talk resonates with you, we’d recommend you listen to this episode too: Roberto Verganti