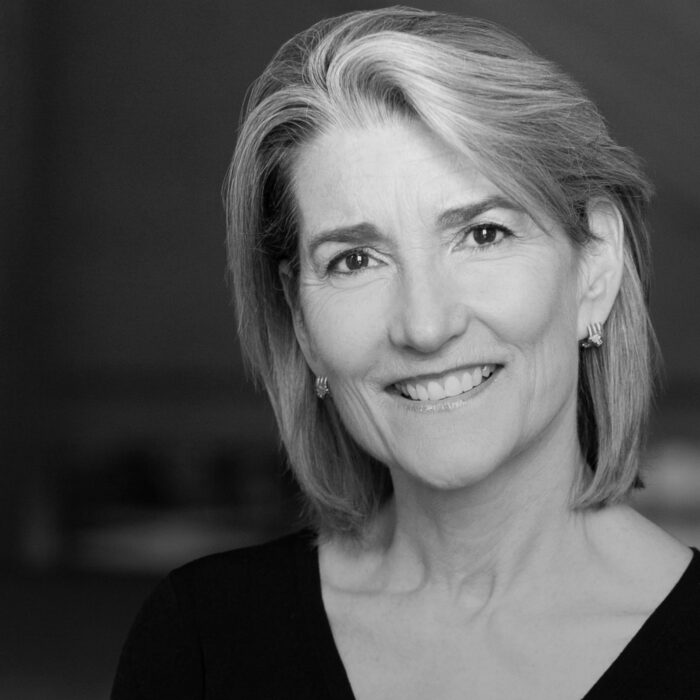 Amy Edmondson is the Novartis Professor of Leadership and Management at the Harvard Business School, studying human interactions that lead to creation of successful companies for the betterment of society. She’s been recognised by the Thinker’s 50 Global ranking of management thinkers since 2011, and has received numerous top rankings and awards.

Amy Edmondson is a Professor of Leadership and Management at the Harvard Business School, studying human interactions that lead to the creation of successful companies for the betterment of society.

She’s been recognised by the Thinker’s 50 Global ranking of management thinkers since 2011, and has received numerous top rankings and awards. She studies psychological safety and organisational learning.

Amy also studies and practises transformational change in many big companies, and has done so for decades. But what, for her, is the most important truth? What are the ugliest or the most beautiful parts that she’s seen?

“Oh, that’s interesting. I went right to the beautiful first in my mind, but the beautiful isn’t easy. And I would say, to me, the first word that comes to mind is transparency.”

What does that mean?

It’s when everyone in an organisation, not just the leaders, but the employees too, decide to be as open and honest with each other about what they know to be true, what they hope to create and what they don’t know.

“The ugly is that it’s really hard and rare. And often people want to hear a long list of success stories. And that’s not always easy to produce.”

The key for companies, the thing everyone has to learn and understand, is that transformational change takes time. It takes dedication, consistency and patience.

“You have to communicate so much more than you think is necessary.”

Amy has written the book on The Fearless Organisation, a place that has a climate of psychological safety, where people are comfortable expressing themselves and being themselves, but why don’t all companies embrace this culture?

Because, says Amy, doing this requires companies to let go of their old ways of working, of relinquishing the ‘old fashioned kind of power’.

The problem with a lot of organisations is they’re results oriented, they’re guided by KPIs and the belief that we have the power to command the outcomes we want. But, says Amy, that just isn’t the case. More often than not, in today’s world, we don’t know how to reach the result we’re aiming for. We have to experiment, to figure it out through trial and error and teamwork.

“And there’s lots of qualitative data showing a strong relationship between organisational performance and culture of psychological safety.”

One way of achieving this, says Amy, is when people wake up in the morning with a sense that the work they’re going to do is meaningful and contributes towards something larger than themselves.

The reason the workplace is so important is because that’s where we spend the vast majority of our time. We deserve to have meaningful experiences with colleagues and to believe that the work we do contributes towards society in some way.

“I think that work really can and must contribute to society in some way, if we collectively are going to keep trying to make a world that works for all.”

The most transformational moment of Amy’s life, she says, was when she was 19 and got the opportunity to hear Buckminster Fuller speak at MIT. It was, she says, an absolutely powerful moment of recognition.

“His message was about creating a better world, and it was about the role of human beings on planet earth being about problem solving and problem solving relative to what it takes to house and feed and live meaningful lives and that is why we’re here.”

He said that each of us has unique gifts, desires and passions and we should use those to help each other and create something that works for everyone. This speech reoriented Amy to focus on more than just achievement.

Amy recognises that perhaps this isn’t possible for everyone, that the idea of having a career that you feel engaged and passionate about is a luxury, but she doesn’t believe it should be a privilege.

So why does she think people, even later on in life, struggle to find their purpose?

The problem, she says, is that there are so many cultural messages that run contrary to what Buckminster Fuller said. We are constantly bombarded with messages that reinforce materialism, that the right goal is money.

It gets incredibly easy to be drawn into the belief that money is all that matters. But it’s very much at odds with our deeper search for who am I and why am I here?

A long term solution for companies should be systems thinking. We have linear models in our heads that allow us to believe in cause and effect, but we fail to recognise feedback loops. Which is where we trip up because we fail to take into account effects further downstream.

One of the most important things for today’s organisation, be they private or public, is to understand that they operate in a complex ecosystem. That we don’t operate independently, that we can’t simply pull a lever and achieve an outcome, it requires multiple inputs to get to what we want, and usually at the detriment of something else.

But we aren’t educated to think that way, says Amy. Our education system needs an overhaul. At the moment the onus is on winners and losers. There’s a dimension of excellence in society that assumes everything has to have a winner and therefore everyone else is a loser. And the same ethos is built into corporations. That it’s your job, as an employee, to compete against the other employees, and the other people in the marketplace. And this is problematic and has unintended consequences.

So here’s Amy’s advice for leaders – set your sights high. Set your ambitions high for what’s possible and work towards achieving it. But expect failure along the way and learn from it, fast.

And there isn’t just one kind of failure, there are lots of different sorts. Some good and some bad.

“There are an awful lot of other kinds of failures, call them intelligent failures, where they are the result of thoughtful experiments in new territory.”

We don’t do enough, says Amy, of welcoming the discovery that is implied from intelligent failure. So what do we need to build the future we want to have?

We need leaders who are humble, transparent and curious about the challenges that lie ahead. Who aren’t afraid to act in the face of uncertainty, who recognise what they’re doing requires humility, empathy and compassion for others. But more importantly, they need to be able to say ‘I don’t know’.

The future for companies

Companies need to focus on the future, advises Amy, the root cause of many organizational dysfunctions is short termism. Where we’re so focused on what’s happening now, we neglect to look longer term. And that’s where true value exists. True value creation over time.

And we all need more love. We all appear to have a deficit of sincere caring about others, so we need a generosity of spirit.